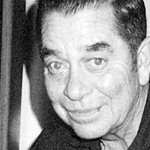 Graveside services will be held Saturday, Jan. 8, 2011, at 2 p.m. at Mount Pisgah Cemetery. All who would like to join the family in celebrating Don’s life are invited to a wake at 3 p.m. at the American Legion hall. Military honors will be provided by the American Legion Post #42.
Donald Hugh Fullenwider, 77, of Gillette, Wyo., died Sunday, Dec. 19, 2010, in Oveido, Fla.
Don Fullenwider was born in Poncha Springs, Colo., on Nov. 6, 1933, to Lucille and Orville Fullenwider, and was one of four sons. Don served as a paratrooper in the United States Army and was stationed at Fort Bragg, N.C. Don married Hedy Marie Carlson on Feb. 12, 1955, while stationed at Fort Bragg. Following discharge from the Army, Don and Hedy lived in Rangely, Colo., where he was employed by Chevron Oil Company. In 1969, Don and his family were transferred to Gillette, Wyo., by Chevron, where he continued to work until 1976. He was employed for the next 20 years by Amax Coal Company until his retirement in 1996. Don enjoyed hunting, fishing and camping throughout his life and shared his love of the outdoors with his family in the mountains of Colorado and Wyoming.
Don is survived by his four children: Susie Lynch and husband Mike of Austin, Texas; Donnie Fullenwider and wife Penny of Gillette, Wyo.; Mark Fullenwider and wife Patricia of Leadville, Colo.; and Janis Fullenwider of Oviedo, Fla. Don is also survived by five grandchildren: Brandon, Kellen, Justin, Brittani and Mitchell Fullenwider; one great-granddaughter, Haevyn Fullenwider; and 13 nieces and nephews.
He was preceded in death by his wife of 55 years, Hedy Fullenwider; his parents; brothers Robert, Albert and wife Jonnie, and Max.
Memorials may be sent in memory of Don may be made to Hospice of CCMH to assist patients and families needs. Memorials and condolences may be sent in care of Gillette Memorial Chapel, 210 W. 5th Street, Gillette, WY 82716, or condolences via the Internet at www.gillettememorialchapel.com.

Listen to this post RBC I Monday is the last day to register to vote in the Nov. 2 general election. Mail-in ballot applications (formerly known as absentee ballots) are available at the county clerk’s […]

Welded to his art

Listen to this post Anniversary present for his wife was start of Kyle Stewart’s art RANGELY I By trade, Kyle Stewart is a welder. It runs in the family. His passion, however, is using his […]

Trustees divided on Ute Park use