Gail Chiyoko Yoshida Caldwell, 84, passed away Monday, April 21, 2014, at the Walbridge Wing in Meeker, Colo. She was the second daughter born to to Hamakichi and Hana Yoshida in Fujisawa Takazagun, Japan.
Chiyoko married the love of her life, Victor D. Caldwell, on Jan. 9, 1953, in Japan while Vic was serving in the Korean War.
In November 1953, Vic and Chiyoko returned to the United States after receiving his honorary discharge, and they made their home in Meeker. Chiyoko was pleased after waiting so long to receive her United States citizenship.
On the ranch she learned to drive the tractor baling hay during hay season. She was a great cook, and one of her many duties’ was feeding the branding crew on the White River and Duck Creek cow camps.
Two daughters were born: Cathy Caldwell and Vicky Caldwell (deceased). Also surviving are one grandson, Tod (Stacey) Gould and one great-grand-daughter, Jada Gould, all of Meeker; two sisters, Yoshiko Thompson and Kikue Uchida; and many nephews and nieces.
Chiyoko was a seamstress and made Cathy and Vicky’s school clothes. She taught 4-H, sewing, CNCC crocheting and knitting. She made several quilts and crocheting projects that won her Best of Show at the Rio Blanco County Fair.
Chiyoko was preceded in death by her husband, parents, three brothers and two sisters, many nieces and nephews.
Graveside services were held at 11 a.m. on Monday, April 28, 2014, at Highland Cemetery in Meeker. Services have been entrusted to the care of Blackburn Meeker Mortuary.

MEEKER I Practice for the annual community cantata will be 7 p.m. Mondays at Richards Hall at St. James Episcopal Church. The cantata will be the second Sunday in December at the Meeker High School […]

Eric Michael Stevens came into this world on April 24, 1974, weighing in at a scrapping 3 pounds, 13 ounces. He joined his parents, Louis Lee Stevens and Patricia Kay Willis Stevens, and older sister […]

I was able to attend the Meeker Classic for the first time this past September. All I can say is “wow!” What a fantastic event with fantastic people! The day of the finals, I turned […] 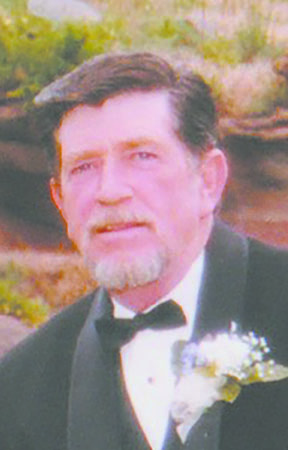