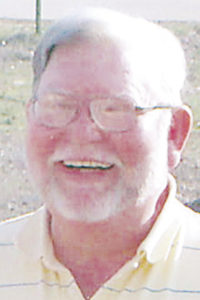 George Harry Bloomfield was born in Meeker, Colo., to Loyd (Speck) Bloomfield and Delores (Dee) Padilla Bloomfield, who both preceded him in death.
George moved to Dinosaur at the age of three, then moved to Rangely a few months later. He was a 1972 graduate of Rangely High School and was later graduated from Mesa State College.
George worked for various companies around the oilfield and for Berry Brothers Sand and Gravel.
He later moved to Grand Junction where he worked at several different restaurants as a cook and an accountant.
George is survived by two brothers and two sisters: Roger (Joan) Padilla, Levy (Paula) Padilla, Gloria (Dennis) Rowley all of Rangely and Michelle Smuin of Grand Junction. George also survived by many cousins, nephews, nieces and friends.
Although George is gone, he will not be forgotten by those who knew and loved him. We will all remember him by his big smile, the love he had for playing pool and his love for cooking.
At his request, there will be no services. He will be sorely missed.

MEEKER I Bonnie Herter competed Aug. 28 in the Boulder Iron Girl Triathlon. There were 619 women who participated in the quarter-mile swim, 17.2 mile bike ride and 3.1 mile run.