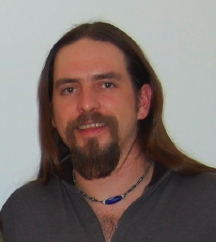 Ivan’s childhood was in northwestern Colorado; he attended school in Meeker and Craig. As an adult, Ivan demonstrated a natural aptitude for excellence in the construction trades. His character was well regarded by his many professional and personal associates. Ivan was a very compassionate person who made friends easily and was always willing to give to another. Ivan loved his family deeply and remained close to his brother and sisters throughout his lifetime. Ivan moved to Maine in 1999 with his family where he met Tammy Kirby. In 2007, Ivan relocated to Salt Lake City and made arrangements for Tammy to join him later that year. Ivan often expressed an avid desire to raise a family. Ivan began to realize his dream when his son Jaiden Anders was born on Dec. 28, 2008. Ivan was ecstatic and dearly loved Jaiden. While Jaiden was hospitalized at the Primary Children’s Hospital, Ivan passed away in his sleep beside the son he loved so much. Ivan is survived by his son Jaiden, wife Tammy, parents David and Cheryl; brother Jason and sisters Vanessa and Tiffany; grandparents C.F. (Dick) and Hazel Rosenlund. Ivan was preceded in death by his grandparents Melvin Coats and Edna (Hart) Coats Ruckman. Funeral services were Saturday, May 16, 2009, at 2 p.m. in the Church of Jesus Christ of Latter-day Saints in Meeker, with viewing at 12:30 p.m. Internment at Highland Cemetery, Meeker.

Patricia Ellen Thompson is survived by her best friend and husband of 33 years Bud Thompson, daughter Heather Kinnamon and two granddaughters. She was born in New York City, N.Y., to Emmanuel Homer and Millicent […]

In the early morning of Friday, May 8, 2009, under a brilliantly moonlit, clear, Colorado mountain sky, our beloved Mom and cherished friend Kay Burgin Sullivan was tenderly welcomed into the loving arms of her […]