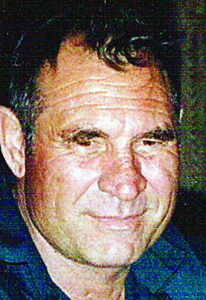 He is survived by his wife Betty Schneider, who he met and married more than 55 years ago; his three children, all who were graduated from Meeker High School, Vicki Lynn Bernhardt, 54, Mark Wesley Schneider, 53, Cheryl Kay Pevler, 50, and his five grandchildren.
He served four years in the Navy and was stationed in Germany during the Berlin Airlift.
Jim and Betty resided in Meeker from 1968 to 2006. Jim was a familiar face on the oil rigs in the area, worked in a variety of mines throughout Colo-rado and New Mexico and always shod horses where ever they lived.
Their residence west of Meeker was easily recognized by Jim’s horseshoe sculptures. He was a hard-working man with a great sense of humor and could make anyone laugh. He will be missed by his friends and all of his family members.

Reinhard F. Ficken passed away in Grand Junction, Colo., at the age of 100.

Harold Roy Steele was born in Vernal, Utah, to Don Homer and Margaret Sue Steele on Oct. 22, 1939, at the home of his grandmother, Harriet Steele. He had four brothers and four sisters. Roy […]