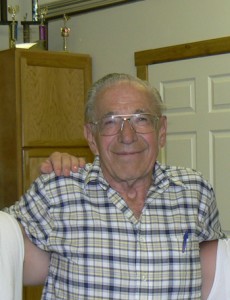 Joseph Shimko, age 77, passed away on Sunday, April 11 of a heart attack. He was born Sept. 3, 1932, in Perth Amboy, N.J.
After graduating in 1954 with a BS in engineering from Rutgers University, Joe served in the U.S. Army as an infantryman. Upon his honorable discharge from the Army in 1956, Joe enrolled in the University of Kansas where he completed a BS in geology. This ultimately launched a successful journey as a consulting petroleum geologist. Along the way, Joe had the John Deere dealership in Meeker and held leadership positions there with the Lions Club and Boy Scouts of America. Joe met his dear and loving wife Lillian in Grand Junction, where they lived before moving to Aurora in 2000.
Joe is survived by his wife Lillian; beloved children Kenneth Shimko of Little Rock, Ark., and Susan Grosskoptf of Bonaire, Ga; step-children Daniel Ogan of Calhan, Colo., Sharon Deluca of Aurora, David Ogan of Tucson, Ariz., and Sean Ogan of Denver; and many grandchildren and great-grandchildren.
Burial was April 16 at Fort Logan National Cemetery with military honors. In lieu of flowers, contributions may be directed to the Stroke Survivors of Aurora.

MEEKER | Just prior to 1 p.m. on Friday, an injury accident was reported between a motorcycle pulling a small trailer and a pickup truck at the intersection of Market Street and 6th Street.

It’s a fiesta in Meeker!

MEEKER I Matt Arnold from Clear The Bench Colorado will be here Friday, Oct. 1 at Kilowatt Korner at 6:30 p.m., said Rob Baughman, spokesman for the Meeker Tea Party.