Larry D. Hayes was born the third son of 11 children to William and Lily Hayes in Hayden, Colo. He also had four older stepbrothers and sisters. 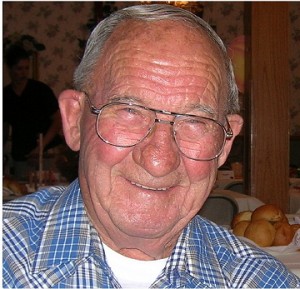 Larry spent his childhood in Hayden, Colo. Larry served in the Korean War. He married Lillian Stoner on April 23, 1952. They had four daughters. He and Lillian raised their girls in the Grand Valley. Larry was a road construction foreman and participated in the building of Colorado’s interstate system.
On Oct. 23, 1982, he married Marilyn Hoppes. They lived in Grand Junction and Bullhead City, Ariz. In the fall of 1991 they moved back to Colorado and were happy to retire in Mesa, Colo. Larry loved living in Mesa and often said he was living on top of the world. He loved the community.
Larry’s mission in life was to make those around him happy. He was very positive and enjoyed telling a good joke. He volunteered at the Mesa fire station.
Larry is survived by his beloved wife, Marilyn; daughters, Billie (Jim) Hutchison, Lily (John) Price, Willie (Robert) Hilgenfeld, and Lola (Eddie) Roberson, all of Grand Junction; stepdaughter Lori (Raymond) Rumph of Billings, Mont., and stepson Greg (Michelle) Hoppes; brothers Bill (Bessie) of Craig, Colo., Mickey (Wilma) and Jay (Dottie) both of Hayden, Colo., and John (Judy) of Wheatland, Wyo. Larry had 12 grandchildren and 13 great-grandchildren, and numerous nieces and nephews. He was predeceased by his parents, four sisters, six brothers, one grandchild and one great-grandchild.
A memorial service were held at the Mesa Community Center at 48973 KE Road, Mesa, Colo., on Friday, March 27 at 11 a.m. In lieu of flowers, the family requests donations to:
Plateau Valley Fire District, P.O. Box 456, Collbran, CO 81624 or Hospice and Palliative Care of Western Colorado, P.O. Box 294, Collbran, CO 81624.

Listen to this post Allie Creola “Granny” Shahan, 76 years young, of Meeker died April 27, 2013. She was born to Tom T. and Alice Dillashaw in Spur, Texas.

Listen to this post Grace Wynn (Hughes) Petrakian passed from this world on Thursday, July 16, 2015, about 1:30 p.m., surrounded by family at Morristown Medical Center in New Jersey. The cancer she had fought […]

Listen to this post Bill Ben Allen passed away at Cottage Hospital in Santa Barbara, Calif., Dec. 27 of a severe stroke on Christmas night.