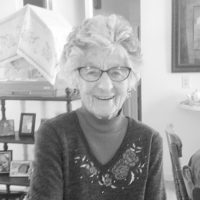 Meeker resident Lill Long, 96, passed away on May 21, 2019, at Pioneers Medical Center in Meeker, Colorado.

Lillie Mae (Clements) Long was born Sept. 4, 1922, in Kingman, Kansas, to Jack and Inez (Hutchinson) Clements. She was the second of five children. Her family settled in Montrose, Colorado where she met her future husband, Robert (Bob) Long. They were united in marriage on March 13, 1944. To this union two children were born.

Shortly after their marriage, they moved to Newcastle, Wyoming, where Bob began working as a mechanic for Texaco, Inc. In 1952, they moved to the Wilson Creek oil field, located in Rio Blanco County, where they lived and raised their two children until moving into Meeker in the early 1970s.

Lill was a very talented seamstress. In addition, she also enjoyed needlepoint, quilting and knitting. Many a family member reaped the benefit of her special skills.  She loved horses, gardening, square dancing and bowling and was a league bowler for many years. She was a dedicated wife and mother, married to the love of her life for 65 years until his death on July 15, 2009.

Her husband, her parents and her two sisters preceded her in death.

A graveside service was held Tuesday, May 28 at Highland Cemetery with the Rev. Scott Hollenbeck officiating.