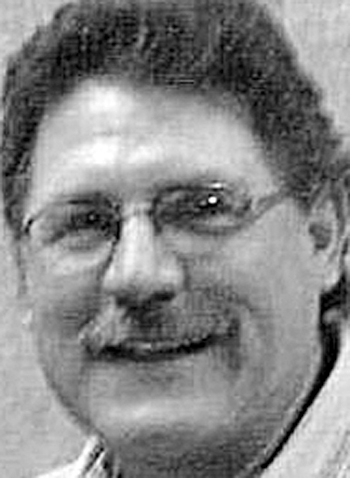 Michael Dale Heath, 53, passed away Aug. 27, 2010, from a heart attack while at work. He was a hard worker and left a great legacy for his children and grandchildren of dedication, responsibility and pride in the work you take on. He was always supportive and kind to those who knew him and would give the very shirt from his own back to a stranger if he saw a need.
He was born on Dec. 10, 1956, in Jerome, Idaho, to Eldon Oscar Heath and Glenda Heath. He was graduated from Shoshone High School and received a football scholarship to Treasure Valley Community College. He went to work for Union Pacific Railroad and also obtained his cement journeyman. He was employed with Union Pacific for 17 years and later took jobs with Deserado Coal Mine in Colorado for nine years and recently worked for Watco for almost nine years. He was married to Lorna Ann Thorne from Shoshone for 25 years and raised his two daughters. He enjoyed remodeling, fishing, his grandchildren and riding his Harley. He is survived by his two daughters, Stacie Torrey of Kuna, Idaho, and Jodie Howe (Jared) of Nampa, Idaho, mother Glenda Chadd (Don) of Twin Falls, Idaho, sisters MaryAnn Swinney (Berry), Amy Perkins (Casey) of Shoshone and Glenna Eden (Gary) of Shoshone, his three granddaughters Haylie, Reese, and Reily, and two grandsons Cameron and Brett. He was preceded in death by his father, Eldon, two sisters Robbyn Heath Setser and Julie Heath Peyman, and uncles, grandparents and nephews. He will be greatly missed for his generosity and charismatic spirit. Those who knew Mike always enjoyed his good-natured spirit.
Funeral services were held Tuesday, Aug. 31, 2010, at the 1st Ward LDS Chapel, Twin Falls, Idaho, with Bishop Andrew Mix conducting. Burial followed at Sunset Memorial Park. Family and friends are encouraged to share their thoughts and memories of Michael at www.rosenaufuneralhome.com.

RANGELY I The Panther boys’ basketball team played three games in a row, winning the first two against league opponents but losing the last one in Wyoming last Saturday. Rangely beat Vail Christian 68-63 before […]

RANGELY | Tyrel Bosick, 21, was killed in a vehicle accident south of Rangely July 3.

The Meeker Herald — 50 years ago • The 1000th phone in the Meeker exchange was installed July 15 at the Peavy home, 28 miles upriver.