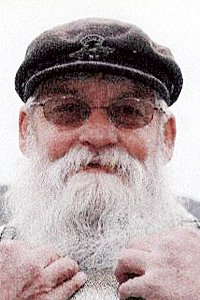 Michael Scott Chism, 53, longtime resident of Rangely, Colo., passed away on June 5, 2011, of complications due to lupus. He was surrounded by his family.
Mike was born in Portland, Ore., on Dec. 30, 1957, to Lois and Ron Branham. He was the third of five children. When he was six the family moved to Rangely. Mike was graduated from high school in 1976. He enjoyed football, wrestling, auto mechanics and wood shop.
After high school Mike went to work in the oilfield for the next 25 years until he was diagnosed with lupus and became unable to work. The rest of his life was devoted to his family. Mike married Barb on Dec. 19, 1981, and from January 1985 to August 1988, they were blessed with three pretty good kids; later came two wonderful outlaws, Brandi and Dylan; and three amazing grandkids, Kobey, Dylan and Miley. Mike was an avid supporter of his kids and he could be seen at virtually every football, wrestling, softball, track, soccer and basketball practices and games!
Some of Mike’s hobbies included poker runs on his motorcycle, RC airplanes, building models, camping, boating and fishing. But his greatest joys in life were his three grandchildren, Kobey, Dylan and Miley. They spent so many wonderful hours entertaining, and being entertained by their “Pa.” At most of the “fishing derbies” at Kenney Reservoir, Mike would be there with the three little ones, leading the way. Most people in town knew Mike by the Harley he would ride around town (and sometimes Barbi would be on her Harley right beside him or on the back of his).
Mike lost his brother, Jerry, and mother, Lois, in recent years and he missed them greatly. Mike is survived by his loving wife and partner of 32 years, Barb, their three amazing children, Michael Shane Chism, Mandi Dawn Smuts and Megan Marie Chism; their partners Brandi and Dylan; three exceptional grandchildren Kobey Scott Chism, Dylan Michael Smuts and Miley Marie Chism; as well as three loving sisters, Roni Branham, Tavanne Burch, and Denise Lovins; and a niece, nephew, four great-nephews, numerous aunts, uncles, cousins and more!
Mike Chism will be missed greatly by his family and friends. He was bigger than life to all who knew and loved him.

Listen to this post Funeral services for Spencer Wagner of Rangely will be conducted on Wednesday, Oct. 10, 2018, at 11 a.m. at the Rangely LDS Chapel. Viewings for family and friends will be at […]