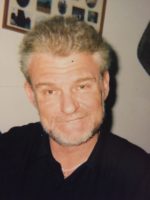 He was raised in Meeker, Colorado, and graduated from high school there in 1976. After high school, he joined the Army. He served overseas and was honorably discharged. Bill then moved to Nebraska to be closer to his brother Steve Chamberlain and sister-in-law Thresa. He worked construction until he retired. He was married to Diane Moser on June 6, 1998. They had a daughter, Cheyenne, in February 2000. Bill spent most of his life spreading the love and laughter he held.

Bill is survived by his only child, Cheyenne Chamberlain, his siblings Steve Chamberlain, Deak Chamberlain, Jeff Chamberlain, Bridgette (Riemann) Harris and Rachel (Chamberlain) Staples. And 11 nieces and nephews. Bill was preceded in death by his father Milo Chamberlain and stepmother Doris Riemann.

Listen to this post MEEKER I Cowboy sophomore Justin Hardy wrestled in his first tournament of the season and finished third in the Delta Invitational, where five teammates also placed in the top six. “It […]

Listen to this post MEEKER | Fred and Elaine Ellis of Meeker are this week’s “home of” honorees. The Ellises have lived here 16 years and have been married 46 years.