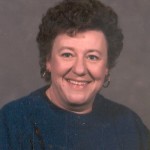 Sharon J. Rowe, 64, of Apple River, Ill., passed away Thursday May 28, 2009, at FHN Memorial Hospital in Freeport, Ill. Sharon was born on Jan. 16, 1945, in Freeport to Frederick P. and Jean A. (Kaiser) Sersch.
She graduated in 1963 from the Gratiot High School in Gratiot, Wis. On March 7, 1973, she married Donald L. Rowe in Galena, Ill. She worked as a teller for the Apple River State Bank for several years. Don and Sharon also owned and operated the Apple Gossip for eight years, where Sharon served as editor. In 1993, they moved to Meeker, Colo., where she worked at Pioneers Medical Center Walbridge Wing as a housekeeper, CNA, and later in the Social Services Department for 10 years. She retired from there in December 2007. She was a member of the Apple River United Methodist Church and the American Legion Auxiliary Post 298 of Apple River and the VFW Auxiliary Post 5843 in Meeker. Sharon enjoyed cooking and had a great love for all animals.
She is survived by her husband Donald, and son Steve (Ruth-An) Sersch, all of Apple River. Don’s children: Stephen (Diane Van Beek) Rowe and Christine (Danny Oates) Rowe, Duane (Jodi) Rowe all of Stockton, Ill.; stepdaughter Rose Mary (Tim) Strong of Stockton, Ill.; 16 grandchildren and numerous great-grandchildren. sister Diane (John) Russell of Lake Mills, Wis.; two brothers Ronnie (Peggie) Sersch of Milton, Wis.; and Randy Sersch and friend Sue Chambers of Gratiot, Wis.
Sharon was preceded in death by her parents.
Services were held Saturday June 6, 2009, at the Apple River United Methodist Church in Apple River. Cremation Rites were accorded and burial will be held at a later date at the West Ella Cemetery near Apple River.
There will be no visitation and a memorial has been established in her memory. Friends may send condolences to the family at “http://www.leamonfh.com” www.leamonfh.com

GRAND JUNCTION I Joy Clymer finally received a check Oct. 15, after five years of commitment and hard work, from the company now selling her idea for a party tray that neatly carries deviled eggs. Clymer […]

MHS pours it on in 4th quarter against Plateau Valley MEEKER I It wasn’t the O.K. Corral, but it was a match-up of cowboys vs. cowboys this past weekend as the Meeker Cowboys traveled to […]

MEEKER I New champions were crowned last Saturday as the Meeker men’s and women’s clubs held their annual tournament at the Meeker Golf Course. Matt Fellows and Randy Hall both won their first club titles, […]