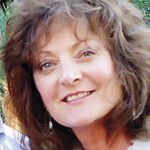 Sherry L. Pilcher, 56, was born in Grand Junction, Colo., on March 25, 1954, and passed away peacefully at her home in Evergreen, Colo., on Dec. 22, 2010. Sherry grew up in Fruita and at 12, moved to Rangely. At 17, she went to live with her sister, Lindy, in Denver and eventually returned to Rangely.
In 1975, she married Paul I. Pilcher, her high school sweetheart whom she met in the sixth grade. They started their life together in Vernal, Utah and later lived in Ventura, Rio Vista, and Fillmore, Calif., before moving to Evergreen, Colo., in 1995.
Silk flowers, snow skiing, riding the Harley with Paul, cooking and baking and taking care of everyone around her were just a few of the things she loved to do. She was a mom and a housewife first but needed to be moving all of the time. This led her to running a few small businesses, sales jobs, studying real estate, becoming a CNA at the local Life Care Facility and a ski instructor. Sherry gave her life to helping other people. She hosted people from different countries and states without ever questioning anyone’s character or intentions.
Sherry is survived by her husband, Paul; her four children, Garrett (Tricia), Austin, Jordan (Shannon), Cara; and her grandson, Ryland Garrett; and brothers Chuck (Kay), Mark (Beverly), Fred (Merrie) and David (Cathi) Byers, and her sister Merry Lynn Lifferth (Wesley) and numerous cousins, nephews and nieces.
Sherry was preceded in death by her parents, Leland and Laverne Byers.
Services were held at the The Barn Chapel at Evergreen Memorial Park at 26624 N. Turkey Creek Rd. in Evergreen, Colo., on Wednesday, Dec. 29, 2010. Graveside services will be held in Rangely, Colo., at a later date.
In lieu of flowers, memorial contributions can be made to the Life Care Center of Evergreen and/or Craig Rehabilitation Hospital in Englewood, Colo.
To write a condolence to the family go to www.EvergreenMemorial Park.com. Arrangements by Evergreen Mortuary, (303) 674-7750.

Listen to this post The Town of Rangely Public Works Department will pick up debris and rubbish by appointment only and only for those 65 years of age and/or those who are disabled.

Listen to this post RANGELY I The Panther cross country team rolled into Cortez on Friday evening in anticipation of the regional championships to follow on Saturday morning. It was a balmy 46 degrees and […]

Up and down el Rio Blanco: Twins — Double the fun!

Listen to this post It’s exciting having two sets of twins pictured on the front page, possibly the oldest and youngest in Rio Blanco County. I’m glad we asked if Henry Bates Creecy was the […]