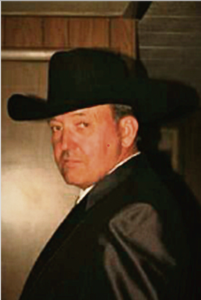 June 6, 1949~Feb. 6, 2017
Steve passed away suddenly from cancer. He was loved and will be missed by many. He lived his life in paradise (Meeker, Colo.) is what he used to say.
He was retired from Rio Blanco County as well as an ambulance driver. He enjoyed spending as much of his free time in the mountains as he could. He loved camping and riding his ATV. He occupied some of his time by crafting and welding benches and gates, as well as doing anything that was asked of him. Steve was a genuine man. Someone you could count on. If you needed something and he could help, he would. He was a man of his word.
He is survived by his three children: Tony Peck, Tina Phillips and Jaylee Unrein; four step-children Jeannie Holloway, Kathy Ottobre, Bud Johns and Billy Johns; many grandchildren and many great-grandchildren; also his companion Anne Unrein, as well as five sisters and spouses and three brothers and many nieces and nephews.
He is preceded in death by his wife Velma Bringard and his mother Donna Peck.
A special thank you to Dr. Krueger, Deby Merriam, Kaylee and all other staff at Pioneers Hospital for the care you gave him.

Letter: Is there an age limit for trick-or-treat?

A few days ago, my husband and I were commenting on how nice it’s been in the last few years that Meeker has seen hardly any trouble or minor crimes on Halloween. I can remember […]

A simple graveside dedication service is being held — attended only by family and intimate friends — for Farrell Charles Lieber and Virginia Adeline Lieber at 3 p.m. Oct. 5 at Highland Cemetery in Meeker.

VFW Post 5843 will have its annual Memorial Day Wreath Ceremony, Monday, May 28 at 10 a.m. at Circle Park Bridge in Meeker followed by a ceremony at Highland Cemetery.