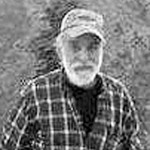 Tom N. Kritsas, 57, was born in Meeker, Colo., on Nov. 8, 1954. He passed away on May 10, 2012, after a short battle with cancer.
Tom grew up in Meeker. He attended the Denver Automotive and Diesel Institute in the 1970s. After finishing trade school, Tom returned to his home in Meeker, where he worked as a mechanic and truck driver for various companies. In the early 1980s Tom moved to southern Wyoming, namely Saratoga, which he called home for the next 30 years. There, Tom worked primarily in the logging industry.
Tom moved back to Meeker in 2001 where he worked on the family ranch and continued to drive a truck, mostly for White River Aggregates.
Tom loved tinkering, truck driving, logging, ranching and especially fishing.
He was preceded in death by his father Nick G. Kritsas and his mother Stella N. Kritsas. He is survived by his two brothers, George Kritsas and Nick Kritsas, his sister E. Jane Holland, his niece Naomi Etchart (Husband Marc Etchart), all of Meeker, Colo., and his niece Toni Holland-Gonzalez (husband Cesar Gonzalez) of Pinedale, Wyo., along with three great-nephews and one great-niece who will miss their “Barpa Tom.”
Though usually quiet and reserved, Tom always had a smile on his face. He will be dearly missed.
A memorial service will be held Thursday, May 17 at 2 p.m., at Lake Avery in Meeker, Colo.; a place where Tom enjoyed fishing with his great-nephews and niece.
In lieu of flowers the family asks that donations be made to the Marvine Ranch Cancer Screening Fund, through Grant Mortuary.

Listen to this post Ronald James (“Bill”) Kent II, 71, of Loveland died Nov. 17, 2009. He is survived by his daughter Lynne Berry and her family in Moffat County; his daughter Margie Wong and […]