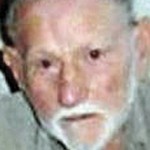 William L. Moss of Loma, Colo., passed away at his home on Jan. 18, 2012. He was 81 years old.
He was born May 30, 1930, in Sapulpa, Okla., to Mary (Waters) Moss and James Garfield Moss.
William spent his childhood in Oklahoma and ended up enlisting in the Marine Corps at the age of 17. He dedicated 20 years to our country serving tours in Japan, China, and Korea as a staff sergeant. He received a China and Korea Service medal, six Good Conduct medals, two National Defense Service medals, and Rifle and Pistol Expert badges for the M-14 and .45Cal.
While he was stationed at Camp Pendleton, Calif., he met his wife Dorothy. After retiring from the military, he and Dorothy lived in Oceanside, Calif., where their daughter, Dorothy, was born. William spent more than 40 years in Oceanside, and the last eight years in Rangely, Colo.
William spent his remaining working years as a very skilled roofer and tradesman. He also enjoyed fishing, gardening, cooking, playing guitar and telling the best stories.
William is survived by his daughter, Dottie Stoner of Loma, Colo.; a sister in Oklahoma named Evelyn Brown; and two stepdaughters in Mesa County named Carolyn Swift and Donna Konces. He also has three grandchildren: Nicolle Moss, Michelle Troy and Michael Stoner, as well as six stepgrandchildren (Ryan, Evan, Eric, Laura (Swift); James and Kathleen(Konces), and four step-great-grandchildren.
He is preceded in death by his parents, wife Dorothy, eight siblings and grandson Austin Stoner.
A memorial service is scheduled for Friday, Jan. 27, 2012, 12:30 p.m. at Martin Mortuary with military honors to follow at 1 p.m. Memorial contributions may be made to semperfifund.org; Injured Marines, the Colorado Sportsman Wildlife Foundation Att: Pathway to Fishing, or Hospice and Palliative Care of Western Colorado. Condolences may be left at martinmortuary.com

Marguerite Clarke Moreland Goudeau was born July 28, 1921, and died peacefully Feb. 13, 2013, with her loving family by her side. She was born in Big Cane, La., to Samuel Lovel Moreland and Ophelia […]