The Panther track and field team took three athletes to the state championships last weekend and brought home three medals. The meet was a combined 2A-5A meet and was held at Jefferson County Stadium. Despite a good deal of pre-meet grumbling from many, including myself, the meet went very smoothly and it was fun to watch all of the states’ competitors. 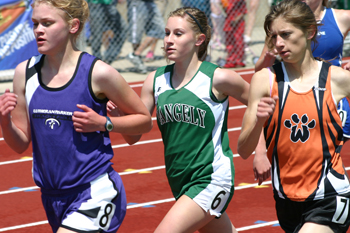 For the Panthers, Kanden Brady finished in eighth place in the triple jump with a leap of 41-1. He also made the finals of the long jump in 10th place, but was unable to better his mark. Brady was about a quarter inch past the foul line on two jumps in finals. Each of these jumps were near the 21-0 mark, which would have placed him as high as second. Brady had an excellent state meet, but didn’t come home with the hardware that he was hoping for.
Victoria Phelan jumped in the long jump and triple jump events, but failed to make the finals in either. In the triple jump, Phelan had a good jump of 32-1, which finished in 12th place. We’re hoping that she is able to qualify in four events next year, as she has the potential to be this type of athlete.
Audrey Hogan was the top point athlete for Rangely with 10 points. Hogan finished in sixth in the 1,600 meter run with a season-best time of 5:28.30. In the 800 run, she finished in fourth with a season-best time of 2:24.21. It was nice to see her put together her best times of the year at the state meet.
On Monday night, the team had its awards banquet. Here are the highlights: 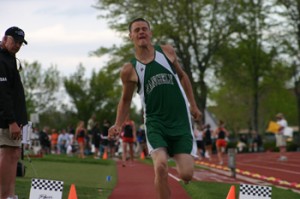 Academic All-State First Team: Audrey Hogan, Patrick Phelan and Peter Walz.
Academic All-State Honorable Mention: Jennifer Barlow and Logan Osborne.
Most Valuable Athlete: Audrey Hogan and Kanden Brady.
Most Dedicated Athlete: Victoria Phelan and Hyrum Byers.
Most Improved Athlete: Marie Morton and Peter Walz.
Golden Spike Coaches Award: Jennifer Barlow and Hyrum Byers.
Thanks to all the parents and athletes this season. It is always an honor to work with quality kids who dedicate themselves to a challenging sport like track and field.

Listen to this post RANGELY — The CNCC Chorale Fall Concert will be held on Thursday, Dec. 4 at 7:30 p.m. at the Rangely High School auditorium.

Listen to this post Burkie Wynkoop, former Craig resident now residing in Battlement Mesa, was recently inducted in to the Colorado Football Officials Association Hall of Fame, class of 2009.