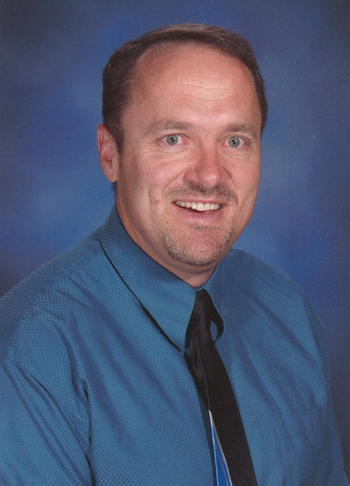 MEEKER I Doug Pfau and the Meeker School District have officially parted ways.
Monday night, the Meeker School Board approved a settlement agreement that will pay Pfau, who was the superintendent for one year, a severance of $77,000, plus unused vacation and sick days. Pfau had signed a three-year contract when he was hired.
Also Monday, the board approved a one-year contract for Susie Goettel to serve as the acting superintendent. She was named assistant superintendent in May.
“We’ve completed (the settlement negotiations with Pfau) and signed off on them, so everybody can move forward,” Mary Strang, school board president, said Tuesday. “It is important to maintain as much continuity as possible and our administrative team is committed to moving forward.”
No timeline has been set for a superintendent search.
Pfau, too, said Tuesday he was glad to have the settlement agreement finalized and he was ready to move on.
“I’m thankful to the board, the staff and the community for their support,” Pfau said. “I wish them all the best and encourage them all to be active in their school system.”
Pfau could be staying in Rio Blanco County. He has interviewed for the principal’s job at Rangely Junior/Senior High.
“As of yet, we do not have a decision made on a principal,” Nita Rohn of the Rangely School District office said Tuesday, speaking on behalf of Superintendent Barry Williams.
Pfau said he had expected to be at the helm of the Meeker School District long term.
“I don’t know that anybody could be more shocked than I was. I felt we had a pretty good year,” he said. “Not that the settlement is a bad settlement. But, honestly, I wouldn’t have come here, I never would’ve bought a house, if I had known it would be a one-year contract.”
Pfau had previously served as the school superintendent in De Beque and Grover.
No reason has been given for Pfau’s departure. According to a statement from the school board, Pfau resigned for personal reasons.
“Because they asked me to,” Pfau said. “They made the request and I’m trying to honor that request and go away with a legal settlement.
“You’d have to speak with the board (about the reason),” Pfau said. “They didn’t have any grounds for dismissal. There is absolutely nothing that I have done that I wouldn’t share with the community.”
Strang, citing confidentiality regarding personnel matters, said, “In these kinds of things, you can’t address (the reasons). These are personnel matters that are held confidential. The agreement says he resigned for personal reasons and that’s what our statement says. When you negotiate, hopefully it works for everybody. We wish him well, there’s no question. We have a lot of things to celebrate in our district. That needs to be our focus.”

Listen to this post MEEKER I New Creation Church of Meeker is starting a child development center scheduled to open Sept. 10. The idea is to offer a preschool as well as day care service.

Listen to this post MEEKER I Tom and Lisa Walsh live on a ranch four miles east of Meeker. We co-manage a purebred cattle operation; have a small cattle herd of our own, and 20 […]

Steffens are a symbol of volunteerism

Listen to this post This letter is in support for the nomination of Enid Steffen, co-owner of The Bakery in Meeker. Along with her husband, David, Enid has spent the past 25 years serving her […]