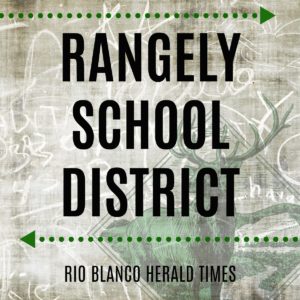 RANGELY | On Tuesday, May 21, 2019, the Re-4 Board of Education President Kurt Douglas called the meeting to order at 6:15 p.m. Present were Vice President Joyce Key, Secretary/Treasurer Samuel Tolley, Directors Jason Cox and Casey Ducey. Key moved to accept the agenda, Tolley seconded the motion and it passed unanimously.  Tolley moved to accept the consent agenda and Cox seconded the motion, it passed unanimously.  Rangely Jr./Sr. High School Principal Crandal Mergelman presented past students of the month.  March Students of the Month sponsored by the Town of Rangely and presented by Town Manager Lisa Piering were Hannah Wilkie and Dalton Dembowski. Chris Hall with the Rangely Elks Lodge sponsored and presented April Students of the Month Delia Wagner and Tristan Moore.

There were no requests to address the board at this meeting.  The board took a moment to recognize Beckey Hume, who retired after 33 years of service to the school district. A brief reception with punch and cupcakes was held in Hume’s honor.

Mike Kruger, Parkview Elementary School principal, was not present for a report. Mergelman reported that he hoped to have Rangely Jr./Sr. High School grades in at the end of the week. Key provided an update for BOCES saying that the next meeting was scheduled for June 17. She also reported that RDA met last week and they are looking into a grant program.  During the superintendent’s report, Matt Scoggins said the district was at 70-75 percent of budget, which is right where they needed to be. The district will be hiring two fifth grade teachers. He reported that eight student athletes qualified for state track and overall it was a very good time.  Scoggins spoke about the need to upgrade curriculum books for science and social studies. These books will be in line with the current state standards once they are refreshed.

During old business the second and final reading of the purchasing and federal funds policy was considered. Key moved to approve the policy and Tolley seconded the motion and it passed unanimously.

The board continued discussion regarding the current start date for preschool students which is Aug. 15. It was set at that date because it matches the Meeker/BOCES date. Board members discussed dates from June all the way to October. Board members agreed that children who started later were more successful going forward in their educational career and they spoke about studies proving that. Douglas thinks that the public would like to have input on this subject because the last time they changed the preschool start date he said “the room was full.” Scoggins will get information or a survey out to the public so that they can have input on this subject.

During new business Scoggins presented the 2019/2020 preliminary budget. The budget will be approved in June. He went over some of the differences from this year to the upcoming year saying that there was an 8% increase for the district’s health insurance. Staffing will reduce in third grade. There was an increase in the property insurance (expectation of a 25% increase) and a reduction in Title 1 funding. Full day kindergarten will impact the budget along with an overall rural education funding decrease.  Scoggins expects a $276,000 budget deficit. He encouraged board members to carefully look the budget over before the next meeting. The board set their next meeting for June 18 at 6:15 p.m. and will determine at that meeting whether they will hold a July meeting. The RE-4 Board of Education meeting was adjourned at 7:42 p.m.

RBC I Annually the Colorado Department of Education (CDE) accredits (or not) every public school district in the state. Last week, Meeker School District (MSD) Superintendent Chris Selle announced that CDE had issued its preliminary […]

Letter to the Editor: In support of ballot question 3A

Dear Editor: I am writing in support of Rangely RE-4’s ballot question 3A. This question is asking for community support for a .9633 mil increase in property taxes to raise $430,000 for Rangely school programs.