RANGELY I The Rangely girls’ volleyball team started their season off this past weekend with a very competitive tournament, going up against larger schools from across the state. The Panthers participated in the Glenwood tournament and were pooled with Grand Junction High School, Grand Junction Central High School and Lutheran Parker out of the Denver area. The games were tough but the new Rangely coach, Dennis Rohn, was pleased with the way his team and said, “We never stopped playing (which shows the desire of this team to want to win) and their ability to stand together when things are not going as well as we would like was a positive.” He was impressed by the entire team effort and added, “There is no I in this team and that is what makes them special.” The schools played were two classifications above Rangely so any games won was a feat in and of itself. The team started with a game against Grand Junction High School, they fell in two games, 25-16 and 25-19 but showed tenacity to stick with the larger school in the second game. The next match was against Glenwood Springs High School and the Panthers pulled out a win in this match with scores, 25-12, then 25-19 and the third game was 15-9 giving Glenwood all they wanted from this smaller opponent. Following this match, there was no time for a break as the team faced Lutheran Parker and fell in two games 25-14 and 25-15. The last match for the girls was against Grand Junction Central High School and clearly the previous games proved productive as they played the warriors close in two games, 25-23 the score of both games.The team learned a great deal about themselves and showed great improvement throughout the tournament. The fans are certainly excited for what lies ahead this season. The team was able to stay in Glenwood instead of traveling back and forth thanks to the generosity of the Heinles, who donated money for lodging. The coach and players would like to thank the fans and especially the Heinles for their support. With a team ready to play together and tremendous support behind them, the season looks bright for the Rangely volleyball team.

RANGELY I The 2015 Class 2A District Volleyball Tournament is set up, and the pools look good for the Rangely High School Volleyball Team. The tournament begins Friday in Grand Valley with the Panthers playing […]

RBC I Rio Blanco County seniors Kaysyn Chintala and Quincey Thacker have been chosen to participate in the Colorado Coaches of Girls’ Sports (CCGS) All-State Volleyball games, which will take place on Sunday, Nov. 18, […] 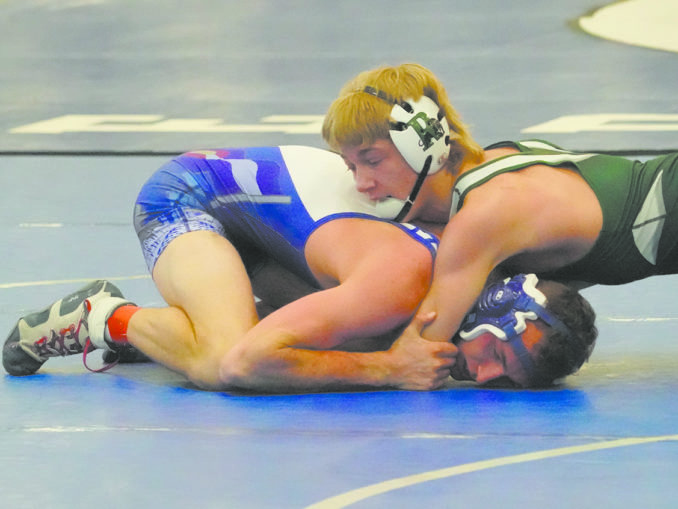