He has tattoos covering more than 85 percent of his body. His hair is blue, or red, or white, depending on the day. He has body piercings. And he goes by the name The Scary Guy.
But he’s really not so scary. At least not on the inside.
The Scary Guy — yes, that is his real name; he had it legally changed in 1998 — will bring his don’t-judge-a-book-by-its-cover message to the Rangely School District the week after Thanksgiving. He will be at the schools for four days, Dec. 1-4. There will be an open-to-the-public event at 6:30 p.m. Tuesday in the Rangely High School auditorium.
The Scary Guy’s message is about accepting others, not judging people because of their looks or differences, and eliminating hatred, violence and prejudice.
He knows what it feels like to be judged, based on his appearance.
“Until you walk in these shoes … I’ve learned how to deal with that stuff,” The Scary Guy said. “I get it all of the time, because of the way I look. People look at me and say, ‘That guy is really different.’ They say, ‘Who in their right mind would tattoo their face? He must be a drug dealer. He’s a biker.’ But all of those are inaccurate. I accept responsibility for my looks, because it was my choice.”
This will be The Scary Guy’s second visit to Rangely. He was here several years ago. He’s looking forward to returning.
“That is a town of people who are saying they want to make a difference,” The Scary Guy said. “That speaks very loudly to me. To have a town like Rangely, Colo., they are people who care about their community.”
The Scary Guy was reached by phone in the Kansas City, Mo., area, but his home, he said, “Is out of a suitcase. I’m constantly traveling. I live everywhere in the world.”
And everywhere he goes in the world, The Scary Guy finds people are, basically, the same.
“All kids, no matter what country they are from, it’s pretty much the same everywhere you go,” The Scary Guy said. “We all just want to be loved. It doesn’t matter, wherever I go, I run into the same learned behavior, the same fears, the same negative energy. It may not be out-and-out violence, but it is name-calling and labeling. The truth is, that is violence. Even your words can be violent.”

Nicole Walker, first-year principal at Rangely High School, said she hoped The Scary Guy’s message will have an impact on students’ attitudes and behavior.
“I feel like, at this school, that is the biggest problem, kids talking about other kids, or picking on each other, just being mean,” Walker said. “They just don’t realize what they are saying and how much it hurts.
“We don’t have fighting or drugs or alcohol like big-city schools,” Walker said. “But it’s about the heart, about attitudes. And, in some respects, that can be just as bad.”
Walker has high hopes The Scary Guy’s message will make a difference in kids’ lives.
“I don’t know how the kids around here will take it, but I’m really excited about him coming,” Walker said. “I think it will have a lasting impact.”
The Scary Guy said he hopes to help kids view the world, and other people, differently.
“I don’t have the power to change anybody,” The Scary Guy said. “I do have the ability to open doors. I open the door to their own life, who they are, what they stand for.
“Most people are conditioned to believe what they see and hear,” The Scary Guy said. “We say, here’s the truth of how it really works. We’re helping them understand … all of their words and actions have meaning and power and represent who you are at that time. The kids get it. They get it every time.”
There was a long time when The Scary Guy didn’t get it himself.
“For 43 years, I walked in the world of negative behavior,” he said. “I wasn’t a nice guy, but I thought I was. I thought I was happy. But I was a name-caller and a hater. I masked it by sarcasm and humor. I wasted 43 years of my life, running my mouth, calling myself a good guy and living a lie. But I had to be who I was, to be able to talk about what I do today.”
The Scary Guy decided to change his life. That was in 1998.
“I changed my name and sold everything off and dedicated my life to helping people around the world,” said The Scary Guy, who is 54.
But it hasn’t been easy.
“For the first five years, I starved,” The Scary Guy said. “It’s been tough work.”
And, believe it or not, he didn’t get his first tattoo until he was 30.
“I joke around that I got my first tattoo when I was 5, but I was a business guy, I wore a suit and tie,” The Scary Guy said. “I thought I had to make money and buy houses and own cars. But that wasn’t what it was for me.”

Asked how many tattoos he has, The Scary Guy said, “I lost track.”
But he didn’t lose track of the lessons he learned from his mother. The Scary Guy said he learned how to love other people from his mother.
“I never heard a bad word come out of her mouth,” The Scary Guy said. I tell people my mom taught me how to love, and my dad gave me testosterone. My dad was a product of World War II. He was such an angry, silent guy. You never knew when he would explode with anger.”
The Scary Guy decided he didn’t want to be like his dad. With his remaining years, he wanted to work to make the world a better place. And he makes no apologies for his decision, or his looks.
“I’ve had to come to grips about who I am and what I stand for,” The Scary Guy said. “But I wouldn’t change one second of my life. I’ve traveled the world for 10 years. I’ve put my time in. I create world peace every day. I put it out there hardcore. I’m not afraid.”

Girl power! Lepro steps it up for Rangely

Listen to this post RANGELY I She had two opportunities Saturday, and she most the most of both of them. Holly Lepro, a freshman for Rangely High School’s football team, kicked two extra points in […]

Listen to this post Members of the royal court were crowned Saturday night during the Rangely High School prom.

Listen to this post RANGELY — Rangely High School El Pomar Youth in Community Service (EYPCS) was awarded the regional school of the year award in May in Grand Junction. 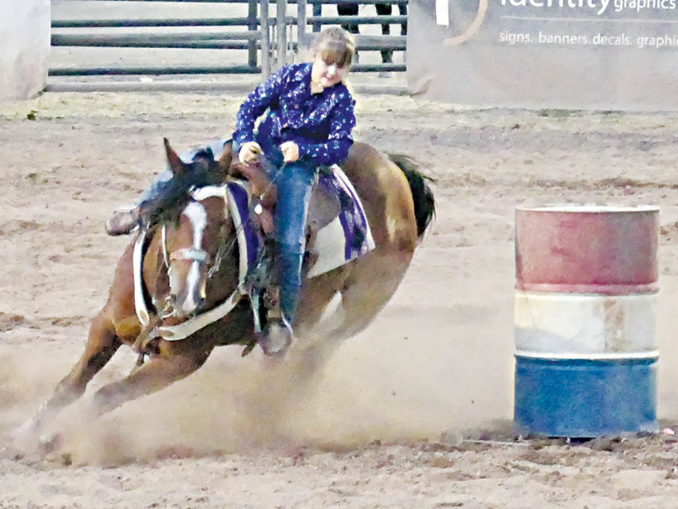 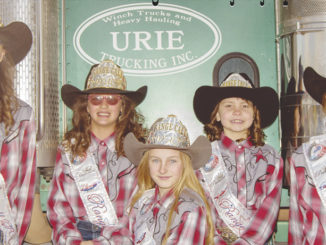