RBC I An order issued by Secretary of the Interior Ken Salazar restores balance and clarity to the management of public lands by establishing common-sense policy for the protection of backcountry areas where Americans recreate, find solitude and enjoy the wild.
Secretarial Order 3310 directs the Bureau of Land Management (BLM), based on the input of the public and local communities through its existing land management planning process, to designate appropriate areas with wilderness characteristics under its jurisdiction as “wild lands” and to manage them to protect their wilderness values.
“Americans love the wild places where they hunt, fish, hike, and get away from it all, and they expect these lands to be protected wisely on their behalf,” said Salazar. “This policy ensures that the lands of the American public are protected for current and future generations to come.”
The BLM, which manages more land than any other federal agency, has not had any comprehensive national wilderness policy since 2003, when the wilderness management guidance in the agency’s handbook was revoked as part of a controversial out-of-court settlement between then-Secretary of the Interior Gale Norton, the State of Utah and other parties.
“The new wild lands policy affirms the BLM’s authorities under the law — and our responsibility to the American people — to protect the wilderness characteristics of the lands we oversee as part of our multiple use mission,” said BLM Director Bob Abbey.
Abbey said that Secretarial Order 3310 fills an important land management need for the public and the agency. “Wild lands,” which will be designated through a public process, will be managed to protect wilderness characteristics unless or until such time as a new public planning process modifies the designation. Because the “wild lands” designation can be made and later modified through a public administrative process, it differs from “Wilderness Areas,” which are designated by Congress and cannot be modified except by legislation, and “Wilderness Study Areas,” which BLM typically must manage to protect wilderness characteristics until Congress determines whether to permanently protect them as wilderness areas or modify their management.
Secretarial Order 3310 also directs the BLM to maintain a current inventory of public lands with wilderness characteristics, which will contribute to the agency’s ability to make balanced, informed land management decisions, consistent with its multiple-use mission.
“Simple principles guide this common-sense policy,” said Salazar. “First, the protection of wild lands is important to the American people and should therefore be a high priority in BLM’s management policies. Second, the public should have a say in designating certain public lands as ‘wild lands’ and expanding those areas or modifying their management over time. And third, we should know more about which American lands remain wild, so we can make wise choices, informed by science, for our children, grandchildren and future generations.”
“We are charting a new course for balanced land management which allows the BLM to take into account all of the resources for which it is responsible through a transparent, public land use planning process,” Abbey said.
The secretarial order does not change the management of existing Wilderness Study Areas pending before Congress or congressionally designated units of the National Wilderness Preservation System. BLM may also still develop recommendations, with public involvement, regarding possible Congressional designation of lands into the National Wilderness Preservation System.
The BLM manages 245 million acres in the United States, including iconic American landscapes like Canyons of the Ancients National Monument in Colorado, the Headwaters Forest Reserve’s ancient redwood forest in California, and the Iditarod National Historic Trail in Alaska. This land, known as the National System of Public Lands, is primarily located in 11 western states and Alaska. The bureau also administers 700 million acres of sub-surface mineral estate throughout the nation. The BLM’s multiple-use mission is to sustain the health and productivity of the public lands for the use and enjoyment of present and future generations. The bureau accomplishes its mission by managing activities such as outdoor recreation, livestock grazing, mineral development and energy production, and by conserving natural, historical, cultural, and other resources on public lands.
To read Secretarial Order 3310, or read the BLM’s draft guidance to its field managers for implementing the secretarial order, visit: http://www.doi.
gov.

RBC I Community Wildfire Protection Plans (CWPPs) are authorized and defined by the Health Forests Restoration Act (HFRA) passed by Congress in 2003. A CWPP is a community plan that brings together diverse local interests […]

RBC | The Bureau of Land Management is seeking public comment on a proposed land exchange in Rio Blanco and Moffat counties that could consolidate public lands and increase public access. Under the proposed Buffalo […] 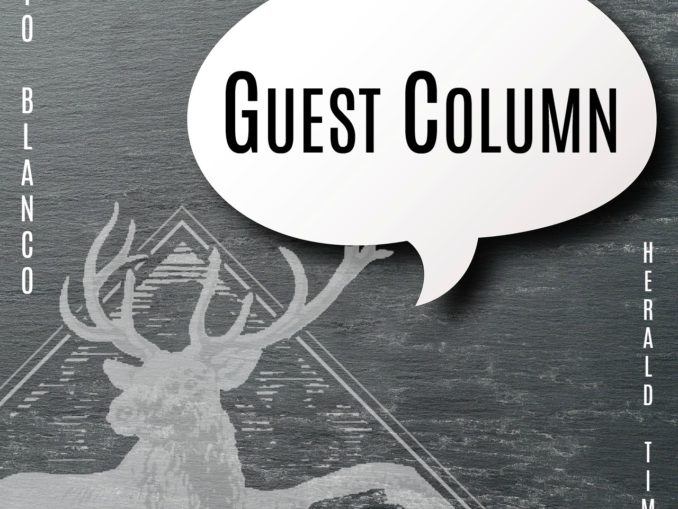