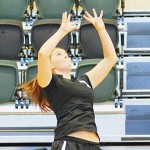 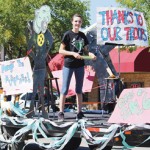 Each of the classes at Rangely High School built a float for the homecoming parade. Above, the sophomore class lauded the strength of the football Panthers and thanked the United States military troops. The parade route was well attended by Panther fans, who also turned out in good numbers to cheer on the football team for its homecoming game. 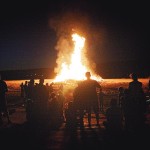 Students at Rangely Junior/Senior High School and members of the community were in high attendance for the homecoming bonfire on Thursday night at the old Parkview School site. 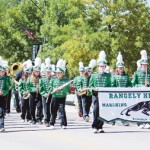 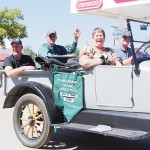 RANGELY I Rangely High School students are enjoying homecoming events this week with the theme of “A Hero’s Homecoming.”