RBC — Dwayne Newman has sat in on his last school board meeting.
At least in Rangely. 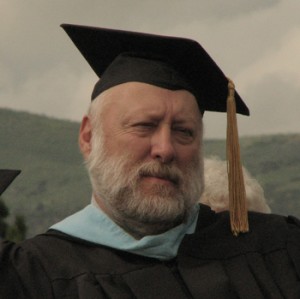 Newman, who resigned as superintendent of the Rangely School District back in January, for personal reasons, has taken a similar job in Monte Vista.
“I am leaving the first week of June, so that was my last board meeting,” Newman said of the board’s May 18 meeting.
Newman’s contract runs through June, but he will use vacation time, before starting his new job the first of July.
“Steve Kraft (the school district’s chief financial officer) will be running the meetings in June,” Newman said. “The movers are actually coming this week. Everything is at the wrapped-up stage, but I’ll still be available.”
Rangely’s new superintendent, Barry Williams of Coeburn, Va., was hired in April. He will officially take over the first of July.
“Dr. Williams will be here mid to late June,” Newman said. “He’ll start running (the school board meetings) in July.”
Newman and Williams have been in regular contact.
“He and I have been pretty much (talking) every other day,” Newman said. “He and Mr. (Robert) Winn (the new high school principal from Hayden) are already pretty deeply involved in hiring, and they are being kept up to date on the budget. All of the big pieces and parts, they are getting information on it. It’s been kind of a constant stream. I’ll still be talking to him (Williams) on the phone, I imagine, quite a bit, just trying to help him make the transition.”
Williams will be busy between now and when he starts his new job in Rangely.
“I have been extremely busy with state testing, hiring new teachers, and making sure my school will be left in capable hands,” Williams said. “My wife and I are still looking for a place to live. Our last day of school for students is June 13. I begin my new job as superintendent on July 1.”
Newman will be going through the same situation with his new job.
“It’s kind of the same deal,” he said. “I’ve been reading their information, trying to understand what’s going in the district and making contact with people.”
On the other end of the county, Meeker’s School District is going through a similar transition with superintendents. Dan Evig is retiring, effective at the end of June, and Doug Pfau of De Beque will be the new superintendent.
“He was here last week and met with the principals,” Evig said. “He’s trying to get up to speed. I think he’ll do a real good job. He’s already helping coach some baseball for the younger kids. I think he’ll be a really good fit here.”
Pfau said he was closing on a house in Meeker, but will be back and forth between here and De Beque for the summer.
“I met with Dan this last week and will try to a couple of times in June,” Pfau said. “I am coming over on Tuesdays and Thursdays to coach one of the 8-10-year-old teams with Jim Hanks. My job in De Beque goes through the end of June and I start July 1 there. School got done here last week, but I am heading up summer school here through June.”
Evig’s contract runs through June, but he may leave before that.
“If I can get things squared away, I have some vacation I haven’t taken,” Evig said. “I’m looking at the second (school board) meeting in June being my last meeting. Then I’ll give up the reins and let the new guy come in.”

MEEKER | The Meeker Board of Education convened Thursday, Nov. 16 for a special meeting to install new school board members and appoint board officers. Incumbents Bill deVergie, Bud Ridings and Dave Smith with new […]

Amack first to file papers for MSD board

MEEKER I Janelle Urista, the election official for the Meeker School District’s Board of Education (BOE) elections, said Monday that Kevin Amack, a Meeker insurance agent and parent of a district student, is thus far […]