MEEKER I Volunteerism at its best was on display last week end as 27 handlers from Wyoming, Utah, and Colorado and dozens of their border collies converged on Greg and Maym Cunningham’s beautiful ranch for a trial to benefit the Meeker Classic.
Handlers donated entry fees in lieu of cash prizes and braved the wind as they and their dogs tried to outwit Meeker’s feisty sheep loaned to the event by the Nick Theos Family Ranch. Winners did not go home empty-handed, however, as handlers oohed and aahed over gifts donated by Pat Daggett and Meeker General Mercantile and gift certificates for fuel, rooms, meals and treats given by Flat Tops Fuel, White River Convenience, White River Inn, Blue Spruce, Elk Mountain Inn, Los Koras, Ma Famiglia, Meeker Café, Mexican House, Clark’s, Pizza Hut, Meeker Drug Soda Fountain and Cuppa Joe, checking to make sure the certificates would still be good when they return for the Meeker Classic extravaganza in September.
As a mark of the handlers’ esteem for the Meeker Classic and the community, handlers scratched donated entry fees and responded to organizer Ellen Nieslanik’s call for volunteers to help with set up and tear down, field directing, setting out and exhausting sheep. Veteran handlers Keith Fassbender of Durango and Jim Swift of Grand Junction donated their services to judge the trials on Saturday and Sunday respectively.
Meeker Classic Committee members — along with “recruited” family members, friends and neighbors — provided the rest of the skilled and unskilled labor for the event. Bruce Clatterbaugh, Regas Halandras, Bernie Gantt and Roger Hall transported and set up the panels loaned by Rio Blanco County Fairgrounds, fencing and other gear. Kari Bower cooked a scrumptious lunch that Katelin Cook and Jessica Browning helped serve — and for which the handlers offered generous donations. Renae Nielson and Sherri Halandras organized a delicious dinner featuring lamb donated by the Theos Swallow Fork Ranch and barbecued to perfection by Mike Whalin. Crystal Roberts ran scores from the judge to Bernie Gantt who tabulated them. Sandra Besseghini served as steward. Mary Frances Coryell organized Meeker Classic souvenir gifts for handlers. Trudi Burri and Michelle Wix greeted handlers and Kelcee Vrooman cooked and helped serve dinner. Mary Strang and Ryan Vrooman wore many hats, and Mary “Maym” Cunningham was everywhere, making it all seem effortless.
Cuppa Joe at Wendll’s furnished breakfast for trial officials, Redi Services donated Porta-potties and a dumpster, and Watt’s Ranch Market and Stage Stop helped defray meal costs.
The Range Ewe trial was a USBCHA sanctioned trial, earning winners qualifying points toward National Finals at the senior level of competition, the Open division, which is the level featured at the Meeker Classic, and Nursery division for dogs under the age of three. The trial also included competitions in Open Ranch, an intermediate, non-sanctioned level offering a venue for dogs and handlers to gain experience to move up and for those who simply want to participate.
First, second and third place winners respectively on Saturday in the Open were Jim Swift and Molly, Libby Nieder and Derby and Lise Andersen and Piper; in Open Ranch Marianne Sasak and Dot, Jo Woodbury and Bob and Jim Swift and Jett: and in Nursery Tina Leplat and Nick, Jim Swift and Jett and Terri Warner and Bea. Sunday’s winners were Dan Keeton and Newby, Dan Keeton and Sunny and Jo Woodbury and Zip in the Open, Keith Fassbender and Jake, Jo Woodbury and Bob and Ellen Nieslanik and Nell in Open Ranch, and Dan Keeton and Napp, Donna Eliason and Ben and Terri Werner and Bea in the Nursery division.
Meeker Classic Trial director Maym Cunningham estimates that the event raised almost $6000 for the Meeker Classic, which will allow them to keep the purse at $25,000. Maym and the members of the committee extend thanks to everyone who helped to make it such a great success.

Top handlers, tough sheep mix it up at Sheepdog Trials

MEEKER | A couple of errors occurred in the Sept. 12 edition of the Herald Times regarding the Meeker Classic Sheepdog Championship Trials.

A look at sheepdog competition rules and sanctioning of events 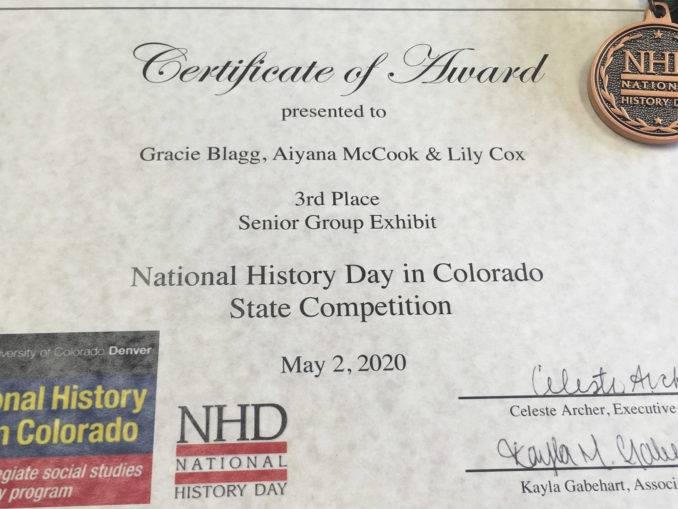