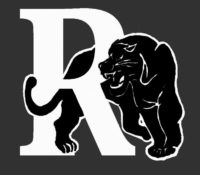 RANGELY | Coaches consider the Screaming Eagle wrestling tournament held in Paonia last Saturday, as a good preview to the upcoming, state-qualifying, 2A regional tournament and Rangely head coach J.C. Chumacero believes the same.
“This was a great tournament as we saw many regional teams,” coach Chumacero said of the competition at the Screaming Eagle. “It was good to see how we need to prepare and train for the regional tournament.”
The Panthers had three wrestlers advance to the semifinals before losing their first match and all three placed.
“We started out strong with Tytus (Coombs, 138), Zane (Varner, 145) and Justin Rusher (152) all won their first two matches and advanced to the semifinals,” Coach Chumacero said. “This is where things got tough for us, as we wrestled some of the top ranked guys in the state.”
Coombs lost to number one ranked Wesley Van Matre of John Mall, a two-time defending state champion and Varner lost to Meeker’s number one ranked Tannen Kennedy. Rusher lost to fourth ranked Kennan Hayes of Hayden.
“I couldn’t be more proud of the way Tytus wrestled,” Chumacero said. “He came out very aggressive and took Wesley the distance, falling 10-4.”
Coombs finished fifth, as did Varner, while Rusher placed fourth.
“Justin lost his final match of the day in what was another overtime battle, losing a take down in the final seconds,” coach Chumacero said. “This was by far, one of the best tournaments Justin has wrestled in his high school career. I am extremely proud of him and it is really nice to see all of his hard work paying off.”
Braxton Moore (106), Brent Cantrell (160) and Dalton Dembowsik (195) all “came up short” of win Saturday but their coach was still happy with his team’s performance.
“I know things didn’t go the way we wanted to for all but I honestly couldn’t be more happy with the way all these young men wrestled,” coach Chumacero said. “We know what needs to be done if we wish to continue on and qualify for the big show, which is what we will train for the next two weeks. We will take a break this weekend but will continue to focus on our goals both as a team and individuals.”