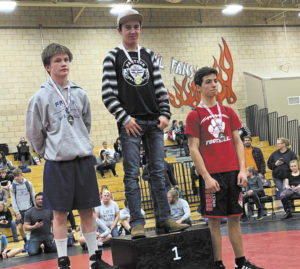 For being such a young team, these wrestlers gave it their all. Placing at their respective weights were first placers Aiden Christian, who toughed out a battle to beat Iris Renteria of Grand Valley 8-4; Kobey Chism, wrestling against familiar opponent Leo Meraz of Glenwood Springs and won the nail biter 3-2. Jaxon Torsell and Cade Blunt of Meeker wrestled a dog fight of a match, leaving it to overtime, and a young referee to decide the match. Torsell was the victor as he was able to get the call to move on to the finals. Third place winner Robert Murray, and fourth place finisher Gage Nielsen wrestled all the other competition in their round robin bracket. 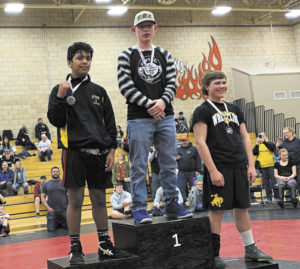 The team will travel to Oak Creek on Saturday, March 7 for the Soroco Invitational.

By Roxie Fromang
Special to the Herald Times

Listen to this post RANGELY I They may not have the big numbers, but they can still turn in a big performance. Rangely Junior High’s wrestlers placed third out of 15 in the team scoring […]

Listen to this post RANGELY I Coaches are always looking for improvement. That’s why Derek Stolworthy, the Rangely Junior High wrestling coach, couldn’t be happier with his team. “Throughout the course of the season, it […]