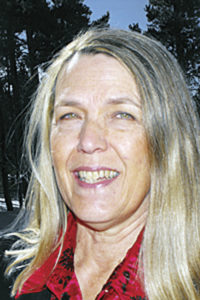 RBC I Breckenridge resident Emily Tracy recently announced that she is running for Colorado’s 8th Senate District. Tracy, a Democrat, has lived in Summit County more than seven years and has a long history of service to the citizens of Summit County and Colorado, including working for the Summit Chamber of Commerce. She previously served eight years on the City Council of Cañon City.
“Year after year, rural and western slope Colorado struggle to have their voices heard in state government,” Tracy said. “We need to strengthen our collective efforts to preserve water resources and agricultural land, bring jobs to the region, protect our environment and ensure that our important tourism industry receives the support it needs. I am running for the Colorado Senate because I am tired of the western slope being an afterthought in Denver, and am ready to fight to give our rural communities a voice in the state senate.”
Tracy has many years of experience in the field of child welfare and adoption and currently is employed by The Adoption Exchange. She worked four years for the Colorado Judicial Branch, Office of Dispute Resolution, covering the counties of Senate District 8. She has worked with nonprofits and has served 12 years on planning commissions, including the past six years on the Summit County Countywide Planning Commission. Tracy has connections to the business community through her work with the Summit Chamber of Commerce and with her husband’s business. She served five years as co-chair of the Summit Chamber’s Legislative Affairs Council. She is also a qualified mediator with years of conflict resolution and facilitation experience. A graduate of the University of Colorado, she has a master’s degree in public administration, with an emphasis in environmental management.
The reapportionment process in 2011 resulted in a new configuration for Senate District 8. It now includes the counties of Summit, Garfield, Routt, Grand, Jackson, Rio Blanco and Moffat, comprising a large rural and resort region on Colorado’s western slope.
“I believe most people, regardless of party affiliation, expect their elected officials to work hard on their behalf, and want them to use a common sense approach to solving problems,” Tracy stated. “I’m tired of watching the partisan posturing and petty politics in Denver, and am running to bring common sense Colorado solutions back to the state senate.”

RBC I Bob Rankin, candidate for Colorado House District 57, announced a campaign policy initiative to save Colorado voters money while holding the federal government more accountable for their actions.

Voting information for the November elections

RBC I The last day to register to vote in this year’s general election Nov. 6 is coming up soon. You must register by Monday, Oct. 9. You may register at the County Clerk’s office […]

Letter to the Editor: Republicans urged to participate in caucus

Dear Editor: I would like to remind the registered Republican voters of Rio Blanco County to participate in our precinct caucuses on Feb. 7  at 7 p.m.