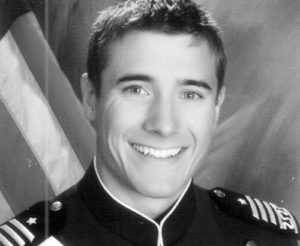 Nathan J. Bradfield, the son of Marnell and Wade Bradfield of Meeker, will be graduated from the United States Air Force Academy in Colorado Springs on March 28 as a candidate for the degree of bachelor of science in systems engineering management and a commission of second lieutenant in the U.S. Air Force. Bradfield was co-valedictorian at Meeker High School in 2010. He played rugby for the academy while a student there, and he will be attending flight school at Columbus Air Force Base in Columbus, Mississippi, in the fall.

MHS to graduate 47 on Saturday

MEEKER I Forty-seven seniors at Meeker High School will receive their high school diplomas this weekend, marking the end of the 2012-13 school year.