MEEKER I The inaugural White River Rumble, a 70-mile cross-country snowmobile race in the White River National Forest, was held Saturday and the inaugural event was considered a success by riders and organizers.

“All the racers had a blast and say they will come back next year,” said Shane Pfeiffer, one of the organizers for the White River Snowmobile Club.
Ten racers from around the state, including two local riders, competed in the race touted as “the only one of its kind in the western United States,” on the White River Snowmobile Club’s website (www.whiteriversnowmobile.com).
“These races are big in the Midwest but there are none in Colorado,” Pfeiffer said. “We want it to grow.”
The race started and ended at Lake Avery, went to the top of Yellow Jacket and Ripple Creek passes, through Lost and Long parks, below Sand Peak, into Snell Creek, to Pagoda Lake, down to Dead Horse, up Dead Horse, back to Lost Park, down into Fawn Creek, then back to Lake Avery.
Part of the course was groomed, but riders were challenged by more than 40 miles of un-groomed trails, which included several creek crossings and elevation changes.
“This isn’t a race for sprinters or the person with the fastest sled,” the website states.
Phil Vallem of Craig was the champion in the open/modified class, completing the 70-mile course in less than two hours (1:48.41), about seven minutes faster than Meeker’s Nathan Pelloni.
James Peyrouse of Denver placed third and local Rich Merriam finished fourth. Jerry Wolf of Strausberg, Alex Halfman of Evergreen and Brian McCleary of Steamboat Springs also completed the course.
Sage Skalla of Cowdry won the 33-mile Vintage class race while Frank Traher of Walden was second and Jon Spruill of Montrose placed third.
Pfeiffer was thankful to the U.S. Forest Service for their help and cooperation, the event sponsors and, of course, the volunteers who made it happen.
“We could use more volunteers for next year,” Pfeiffer said.

MEEKER | God and gnarly are not usually used in the same conversation, unless you are conversing with Barney LeBlanc about his patent-pending Gnar Bike. LeBlanc rode the snow bike competitively for the first time […] 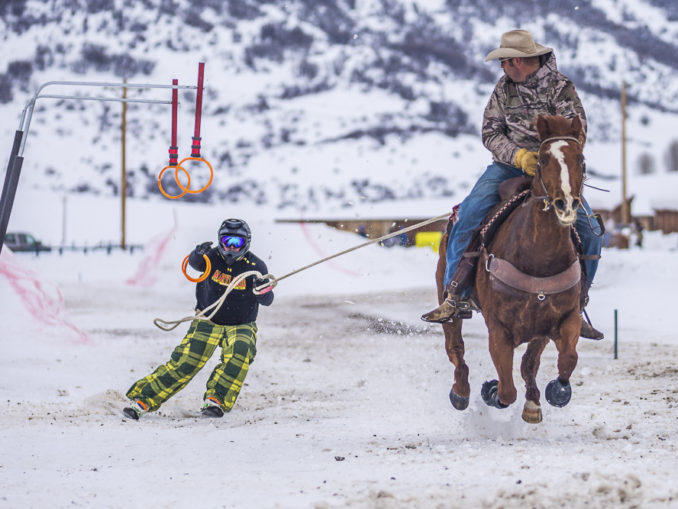