MEEKER I “We’re improving,” Meeker’s head wrestling coach, J.C. Watt, said about his team’s performance at the state-qualifying Region 1 tournament last weekend in Grand Junction.
The Cowboys finished second as a team compared to last year’s third-place finish, and they qualified 10 wrestlers this year, two more than last year. However, Watt seemed most proud of the sportsmanship plaque awarded to his team and two freshman wrestlers who did not qualify.
“The sportsmanship award is awesome,” coach Watt said of the award presented to his team by the referees before the championship matches Saturday. “It shows the great character of these kids is noticed. We have a great group of kids.”
The Cowboys qualified all but two wrestlers, Casey Turner (145) and Chase Rule (182), for the state meet.
“Both are freshman,” Watt said of Turner and Rule. “The regional tournament is a tough tournament for a freshman on varsity. Nobody works harder than Casey and it was too bad he didn’t qualify, but I’m really proud of him. I’m really proud of Chase too. He moved up two weights, wrestled his heart out, got a wrestle-back and he did it for the team. Both were just one match away.”
Meeker advanced five wrestlers into the championship match and crowned two champions.
“I was happy to have five in the finals and all five of those have a chance to make the finals at state,” Watt said. “A couple of those championship matches could have been previews of the state finals Saturday night.”
Senior J.C. Henderson will make his fourth appearance in the state tournament, his first as a regional champion this year, with a record of 29-6. Henderson was seeded No. 1 in the Region 1 tournament and defended the seed by beating Nick Jones of Dove Creek, 5-3, in an exciting championship match. Henderson placed fifth at 132 last year.
Meeker’s defending state champion, T.J. Shelton, was also seeded No. 1 in the regional tournament and won his second regional title when he defeated Paonia’s junior Logan Schopp, 7-1, in the championship match at 170. Shelton has been and is currently ranked No. 1 by On the Mat Rankings in 2A and Schopp has been ranked No. 2. Shelton is the first wrestler in Meeker’s history to win a state title as a freshman, giving him the opportunity to continue his quest to become Meeker’s first four-time champ as he enters his second state tournament as a defending champion.
Freshman Sheridan Harvey (106), junior Tristin Pelloni (113) and sophomore Devon Pontine (160), all wrestled in the championship match and earned red ribbons in their respective brackets.
Stocker Robbins of Ignacio won the championship match at 106 and Talon Harris of Norwood won the title in the 113-pound bracket. Pontine lost 3-1 to Zach Milner of Paonia.
Meeker senior Willis Begaye lost in the semifinals in the 152-pound bracket, but he came back to finish as a consolation champion. Freshman heavyweight Tyler Ilgen scored three points at the end of the third period of the consolation championship match to win 3-2. Both will wrestle in their first state tournament.
Cowboy seniors Calvin Shepherd (120) and Aaron Cochran (132), along with junior Kylloe Goedert (126), all qualified for the “Big Show” with fourth-place finishes in their respective weight classes.
The 2014 Colorado State Wrestling Championships start at 3 p.m. today in the Pepsi Center in downtown Denver. The Cowboys hope to “improve” on last year’s state performance. Action can be followed online at www.trackwrestling.com.

MEEKER I “We have some improving to do if we hope to do better in regionals,” Meeker High School wrestling coach J.C. Watt said after a weekend of wrestling.

MEEKER I T.J. Shelton has won many wrestling tournaments in his career, including three Colorado state titles, but he had never won a Warrior Classic title until his senior season.

MEEKER I “Hard work,” is what Meeker wrestling coach J.C. Watt credited for Meeker’s win at the Eagle Valley tournament last Saturday in the Cowboys’ first action since Christmas break. “We had a lot of […] 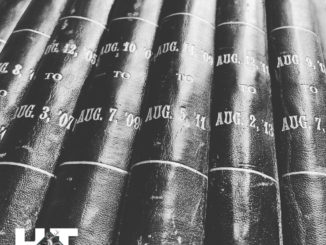