RBC | Hundreds of miles northwest of Rio Blanco County, just north of the small town of Coquille, Ore., sits the port of Coos Bay, a harbor within a seven-mile long channel leading to the Pacific Ocean. This port is home to a big project which Rio Blanco County Commissioner Shawn Bolton believes could make a world of difference to the highs and lows of our local economy.
The Jordan Cove Liquid Natural Gas (LNG) project, located in Coos Bay, has broad ambitions of shipping LNG into the growing Asian market. Once completed they anticipate an initial processing capacity of one billion cubic feet of LNG per day.
Bolton expects that Rio Blanco County, and more specifically Piceance Creek, could experience tremendous benefits from the creation of the Jordan Cove facility. “It gives us a market for our gas that’s just not currently there,” he said. Bolton also believes it could level out the boom and bust cycle that plagues our county, saying that instead we could have “rolling hills, not steep ups and downs.” He envisions permanent rigs in the Piceance Creek Basin, providing a steady economic base to local oil and gas. He also says that once the Jordan Cove facility is up and running it will be easy for Rio Blanco to tap into, as all the infrastructure, including pipelines, needed to transport the gas to Oregon is already in place.
The project is still in the permitting process, and has seen its share of complications.
The initial permit for the facility was denied by the Federal Energy Regulatory Commission (FERC) over concerns about a lack of sales and inputs. The denial of permit, issued in December 2016, cites apprehensions that there would not be a large enough supply of natural gas to operate the facility. It states in part, “without a pipeline connecting it to a source of gas to be liquefied and exported, the proposed Jordan Cove LNG Terminal can provide no benefit to the public to counterbalance any of the impacts which would be associated with its construction.”
The FERC is the only federal agency that can authorize the construction and operation of Jordan Cove and the permits have been resubmitted. Bolton is hopeful that, given the new political climate, the permits will be issued this time around. According to Bolton the permit process should take 16-18 months followed by a more than three-year construction process, meaning the cove could be up and running by 2022. Bolton believes the timing is critical, as he expects large growth in the Asian LNG market by 2022.
With all the infrastructure in place to produce and transport the gas to the coastal facility the biggest hurdle that remains is permit approval.
While the project has experienced significant opposition from environmental groups it has also seen big support from locals in the Coos Bay area. In May, Coos County voters rejected a ballot initiative that attempted to ban the development of “non-sustainable energy systems,” potentially ending the Jordan Cove project. The measure failed in a 76-24 margin.
In order to create liquefied natural gas the gas must be cooled to -260 degrees Fahrenheit, converting it to a liquid form. In this form the gas takes up 1/600th of the space it would as vapor, making it much easier and more cost effective to ship.

RBC — An employee was injured in an explosion last Saturday night at the EnCana Oil and Gas Dragon Trail natural gas processing plant on County Road 116, about 25 miles south of Rangely.

By Kent Holsinger Special to the Herald Times RBC | There are many ruffled feathers about the U.S. Department of the Interior’s efforts to revise land use plan amendments for greater sage-grouse. But critics are […] 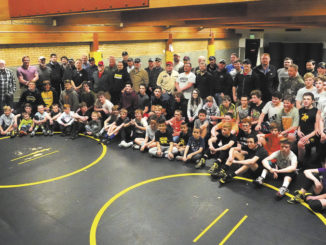 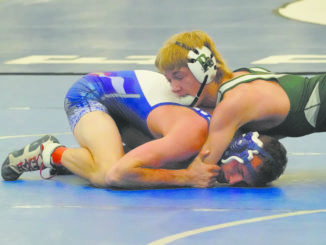