Most folks in the White River Valley were sure the dog days of summer were over until they either volunteered or attended another successful Meeker Classic Sheepdog Championship. For the past 33 years, our community’s different kind of dog days—the Meeker Classic—has heralded the end of summer. Watching the handlers and their prize winning dogs year after year, I realized that my first introduction to the idea of using dogs to work came during my first year in the White River Valley. After visiting with the Meeker Herald about starting work in their newspaper office, I saw a familiar face.
I had already been introduced to one unofficial member of the staff, a black Labrador Retriever named Rocky. I first met him in the center of sidewalk in front of the courthouse. My walking pace was fast and frenetic—his was slow and deliberate. He was plodding down the street by himself, but I was told he usually accompanied his owner, Jim Cook, Jr. or another family member to the post office.
He moved over to let me pass, though the wide sidewalk had plenty of room for both of us. The sun’s glare obscured the hand-tooled letters on the flap of his leather mail bag. It wasn’t until much later that I saw the words, Rocky’s Special Service. Much as the service dogs today, his mission was obvious. He never seemed to veer from the direct path from the office to the post office until the job was done.
Those days, if anyone used their dogs on their farm or ranch, they weren’t really referred to as a working dogs. The family dog might accompany someone on the daily rounds but the most common sight in town had to be a barking dog running back and forth in an old pick-up. Every so often one could do an impromptu canine count in front of the post office, where one could catch a glimpse of a few of the old-time ranch hands and their canine companions.
Going out to the sheepdog trials in its early years, I noticed that many folks brought their own family dog to watch as well. They might have had the sign informing spectators to leave their pets at home posted on the entry gate as it is these days, but I imagine that there must a been a few people that either ignored the sign or didn’t notice it. Nowadays it continues to be a smoothly run operation that attracts more than dog lovers.
The number of community volunteers serving year after year continues to ensure the success of this annual event. Their willingness to help make sure that all of the visitors (including the handlers and their dogs) feel welcome is evident during every aspect of the five-day event. Congratulations for a job well done, Meeker Classic!

By DOLLY VISCARDI
Special to the HT

RANGELY I The Rio Blanco Legion baseball team split with Eagle on May 29, winning the first game 6-5 and losing the second 11-8. On June 2, the combined Rangely/Meeker team swept Basalt. They won […]

Russell Overton of Meeker with a size 41 1/2-inch moose he shot with a bow Sept. 21 at North Park. “You can only shoot one in Colorado.

MEEKER — Army Staff Sgt. Daniel Saucedo, the husband of Deni Back of Meeker, was able to be transferred last Friday from Germany to a military hospital in Washington, D.C., but he’s still listed in […] 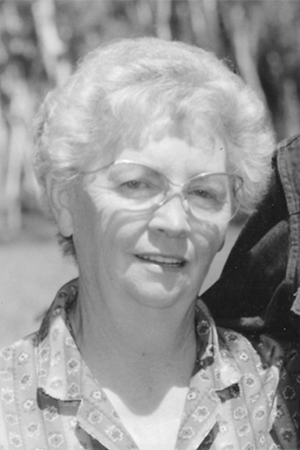