Resolution passed in July did not meet statutory requirements 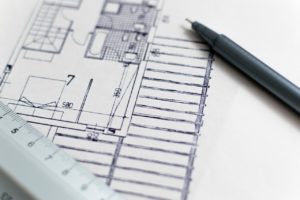 RBC | A resolution passed in July by the board of county commissioners “amending the building code to recognize the importance of private property rights” has been deemed null and void because the resolution failed to comply with a state statute that requires review by the county planning commission and a public hearing.

Resolution 2019-14 was added to the July 16 agenda in Rangely. During the meeting, Commissioner Woodruff questioned the haste with which the resolution had been drafted and presented and voted nay.

In May, the commissioners held two special work sessions—one in Meeker and one in Rangely—to obtain public input on the building codes. At the Meeker meeting, Commissioner Jeff Rector said, “There’s been a lot of dissension with our building department and the county, especially with industry, and we all know we rely on industry to support our county. That’s what’s driving this more than anything, it’s not residential, it’s commercial.”

During those work sessions, the commissioners stated their intent to adopt and amend the 2018 building code, and that they hoped to put together an advisory board that would come up with a “common sense” approach that would better suit the county’s needs.

According to County Attorney Todd Starr, a new resolution will need to be drafted in which he expects the commissioners will adopt the 2018 code and then adopt amendments, as was originally discussed.

That resolution will be presented to the planning commission, followed by a public hearing—at which citizens will have an opportunity to voice any concerns—to be held before a vote on the new resolution.. Starr said that will likely occur in September.\

Listen to this post Four plans were suggested for the new Rio Blanco County Justice Center on the old Meeker Elementary School site during an Aug. 13 workshop held by the county commissioners.