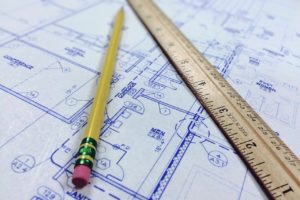 RBC | A public input meeting about building codes and code enforcement in unincorporated Rio Blanco County resulted in a standing room only crowd in Meeker Monday.

Rio Blanco County Commissioner Jeff Rector addressed the group at the start by saying, “We’re not after getting rid of building codes entirely…we’re not here to throw the building department under the bus…we would just like to see what the public wants.”

The public, which included property owners, realtors, contractors and interested citizens, presented the commissioners with a mixed bag of comments, some defending current building department and inspector Jeff Kummer and some saying codes are akin to government overreach and the county would be better off without them.

The county currently operates under 2009 building codes and is looking to adopt the 2018 codes, with amendments that suit the “culture” of Rio Blanco County, and amendments to the Land Use Regulations.

Contractors present praised Kummer for “doing his job” and said the county’s building department has improved. That said, several in attendance would prefer to see the inspection process privatized, as that would provide an added level of liability. A private inspector—bonded and insured—could be held liable for a failed system, whereas the county is not held liable for the results of inspections or enforcement in the event of a suit.

While the majority agreed “we can’t do away with building codes entirely,” there was also an anti-regulation voice among the group, asserting that people need to be responsible for their own actions and choice.

Dave Wilson, loan officer at Bank of the San Juans, said how people choose to build their homes is none of the county’s business. “As a county citizen why should I have to pay to see that your home is built properly? It’s not the county’s responsibility.”

Several comments centered around safety factors and leaving a legacy for future generations.

Ginger DeWitt, a former professional firefighter, said the codes are written from a reactionary point-of-view, meaning someone died because that code wasn’t in place.

Former RBC inspector Rich Garner said he believes the codes are “for the people coming behind us…home inspectors can come in, they don’t see what’s inside the walls or how it’s built, they have no way to know.” He encouraged the commissioners to “look pretty close” before they remove any codes.

Other suggestions including making the town and county codes uniform, creating a database of registered local contractors, and making code information readily available to laypersons.

Commissioners held a similar public meeting in Rangely Tuesday. The HT will report on that next week.

The board is entering a period of reviewing current codes and making amendments. They expect this phase to take at least six months. Public comment periods will be available throughout the process.

Listen to this post RBC — Commissioners gave the go-ahead Monday for a $50,000 grant request to the state to fund a countywide housing assessment.

Listen to this post RBC | BLM White River Field Office Manager Kent Walter hosted a work session with the Rio Blanco County Board of County Commissioners, et al. on May 30 to discuss the […]