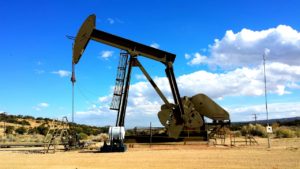 RBC | Reports that energy company Caerus Oil and Gas laid off 20 people in the Piceance Basin prompted calls to the company for an official statement.

The HT received an email from Caerus’s media representative, Jeremy Story of GroundFloor Media, Monday which stated, “As a result of a restructuring, Caerus has eliminated 13 positions in Parachute and seven in Denver. The reductions total less than 10 percent of our total workforce. The changes came as the result of a normal critical review of organizational structure and staffing levels—part of a larger, ongoing comprehensive review of potential efficiencies throughout our organization.”

“While not directly responsible for the reduction, the regulatory uncertainty in Colorado, coupled with historically low gas prices, has depressed the value of oil and gas assets in Colorado, making this type of rigorous business management even more critical. Caerus remains committed to the development of our assets in the Piceance Basin and the future of clean-burning, affordable natural gas as an important national and global component of the new energy economy. We look forward to continuing to operate on the West Slope for many years to come.”

Caerus purchased Encana’s gas assets in the Piceance basin in June 2017 for $735 million in cash.

RBC — Canadian energy giant EnCana Corp., Colorado’s second-largest gas producer, announced Monday it will split the company into separate natural gas and oil companies. According to The Denver Post, no changes are expected for […]