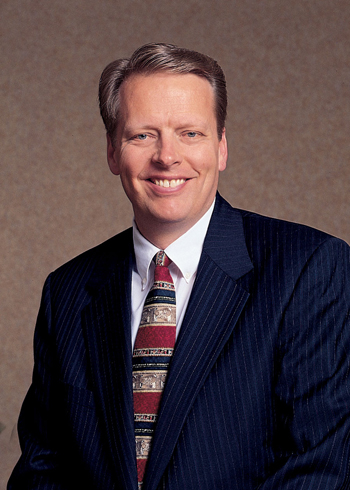 RBC I Climate change is about more than shifting weather patterns.
Like most everything else, it’s political.
Kimball Rasmussen, chief executive officer of Deseret Power, will talk about the political ramifications of climate change legislation during a presentation Tuesday at the next Community Networking Group meeting in Rangely.
The program will start at noon in the Weiss Activity Center on the Colorado Northwestern Community College campus. Lunch will be provided by Moon Lake Electric Association, Deseret Power and CNCC.
The title of Rasmussen’s presentation is: “Climate Change Legislation and You — An Overview and Analysis of the Costs and Benefits.”
Pat Lollar of Rangely, who serves on the board of directors of Moon Lake Electric, representing District 7, heard Rasmussen speak at a conference in Washington, D.C., where he talked about the political nature of the climate change debate.
“He is very well informed,” Lollar said. “He’s an excellent speaker. I think this (subject) would be something that anybody would be interested in hearing about. He has done a huge amount of research on this.”
Lollar added that Moon Lake CEO Grant Earl is expected to attend Rasmussen’s presentation.
Rasmussen will discuss how climate change will impact Coloradans, should proposed legislation become law. He will also talk about green jobs and examine the claims that green energy will create millions of new jobs.
“Climate change legislation is now headed to the U.S. Senate and in its current form it will have significant effects on families, businesses and the power industry,” Rasmussen said. “This legislation contains cap and trade restrictions that could sharply increase the costs of electricity, gasoline and food.”
Rasmussen has developed his views on energy by working for three power supplier business models. Holding a high senior or CEO position in municipals, cooperatives and investor-owned power utilities, Kimball has experience within each segment of the electric power industry.
Graduating with an electrical engineering bachelor’s degree and an MBA degree from Brigham Young University in 1986, Rasmussen rose through the power marketing department of Utah Power/PacifiCorp. He also served as director of power marketing and contracts and vice president of business development for PacifiCorp.
In 1998, Rasmussen became executive director and CEO of Southern Minnesota Municipal Power Agency. And, in January 2000, Kimball became CEO for Deseret, which is based in South Jordan, Utah, and serves more than 50,000 customers in California, Utah, Wyoming, Nevada, Colorado, and Arizona. Established in 1978, Deseret Power is owned by six rural electric cooperatives and operates the 458-megawatt Bonanza Power Plant near Vernal, Utah, and the Deserado Coal Mine near Rangely.

Colorado residents behind on home heating bills still have time to apply for help. The Low-income Energy Assistance Program (LEAP) encourages Coloradans who are having a hard time paying utility costs to apply for LEAP […]

MEEKER I The Meeker Cowboys traveled to Granby last weekend to participate in the Mountain Parks Electric High Country Invitational tournament. Meeker won all three games it played in the tournament to claim the champion […]