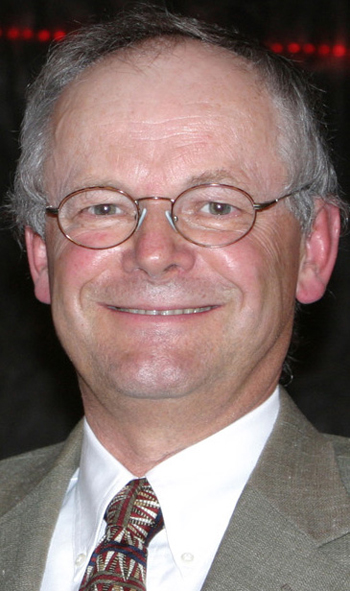 RBC – For nearly three decades, Rio Blanco County’s coroner position was filled by a medical doctor.
It will be that way again.
Dr. Albert Krueger, chief of staff at Pioneers Medical Center, was the winner in a three-way contest Tuesday. He said his medical background was a consideration with voters.
“Oh, yeah, absolutely,” he said Tuesday night. “I think the M.D. was a big factor. The office of the coroner is not a political office. It’s an office where people want somebody who is qualified.”
Dr. David Eskelson served as county coroner for nearly 30 years. He stepped down as coroner in January 2007.
“That’s what I want to work on, for sure, to make sure the office is done by really modern standards,” said Krueger, who will be required to obtain certification from the state coroners association. “It’s all part of building the office that will serve the community the best.”
Krueger was the top vote-getter in Tuesday’s Republican primary. He received 807 votes (46 percent) in the countywide election, while opponents Sherri Halandras received 534 votes (31 percent) and Nancy Richardson 367 votes (21 percent).
“I was surprised there was that much of a margin,” Halandras said. “I really thought I had a good shot at it. I worked hard. I don’t have any regrets. I want to thank everybody who supported me. I wish Dr. Krueger the best.”
Halandras had received the most votes at the Republican County Assembly in March with 23. Krueger received 15 votes, which was the number required to automatically qualify to have his name put on the ballot. Richardson, who received six votes at the assembly, petitioned to have her name added to the primary ballot.
“I’m disappointed to lose, because I spent so much of my time training for this,” Richardson said. “I think I would have been a good coroner. I already called Albert (to offer congratulations) and told him I would help him out in the interim.”
Richardson, the only one of the three candidates with the certification from the state association, has served as a deputy coroner under Ran Cochran, filling in as coroner when he was unavailable.
Asked if she would continue in that role, Richardson said, “That will be at the discretion of Dr. Krueger. As soon as Ran’s resignation takes effect (after the primary election), then basically the current deputies are no longer deputies. Even if we were continuing, we’d have to be sworn in by the new coroner.”
Sgt. Roy Kinney, investigator for the Rio Blanco County Sheriff’s Office, had served as a deputy coroner on the west end of the county. But since being named investigator, he spends the majority of his time in Meeker at the county courthouse.
“Typically, the coroner has one or two deputy coroners,” Krueger said. “It’s a pretty unique situation that here at the conclusion of the primary, the current coroner is going to leave the office. It is my understanding that the successful candidate for the primary will be asked to serve out the term of the current coroner (through the end of the year). That puts me in a position of choosing at least one or two deputies for the interim, or longer.”
But first, Krueger will leave Friday for a two-week trip to Africa.
“I’m going to do a consulting trip for an oil company to do a medical audit,” said Krueger, who will be traveling to Equatorial Guinea on behalf of Hess Energy.
Meanwhile, he’ll savor Tuesday’s victory as well as the experience of running for political office for the first time.
“It was a good race,” Krueger said. “I’m thankful to the other coroner candidates. I’m very grateful to the voters in Meeker and Rangely and feel very privileged to be part of the election process.”

Awareness of domestic violence is a year-round effort

Listen to this post What is government’s role in economic development? By Katelin Cook Special to the Herald Times RBC | Economic development exists to create market productivity that enhances the economics and quality of […]