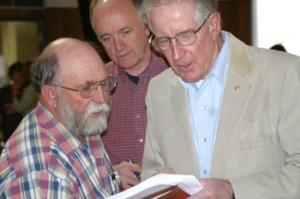 Listen to this post I would like to say thank you to the following people for making a difference to families who need help here in Colorado since we started officially in August. Due to […]

Listen to this post Although we’re all hoping for more snow to keep us out of drought and fire territory this summer, the first official signs of spring are beginning to pop up, and they […]

Listen to this post Richard Sales, associate director of the Colorado Center for Community Development, spoke at a public meeting of the Meeker Town Board Oct. 6 about the future use of the elementary school. […]