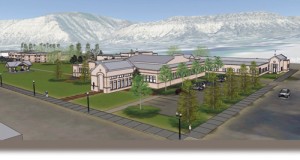 MEEKER | The Meeker Elementary School Library is pleased to announce it has received a grant in the amount of $3,000 from the Colorado State Library through the State Grants to Libraries Act. Facebook Notice […]

MEEKER I January was book-crazy at the Meeker Elementary School Library. It was an entire month of fun things focused around the library, and this year the theme was STEM (Science, Technology, Engineering and Math). […]