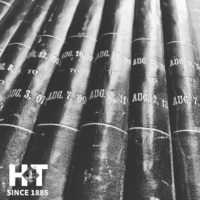 Since the building of the White River Valley railroad has become almost a certainty coal lands are being more sought after, and filings are of almost everyday occurrence.

A post office at Marvine Lodge during the months of July, August, September and October is announced. This will be very convenient for the tourists, and shows that Messrs. Wells & Patterson leave nothing undone for the comfort of their guests.

Mr. and Mrs. L. Baer arrived Monday and will summer at the Oak Ridge park ranch.

In the meantime, with improved roads in all directions, and gasoline manufactured in our own county; plenty of cattle on our numerous hills and valleys, and all kinds of farm products in abundance, we are not in such deplorable conditions as inhabitants of Broadway’s “Great White Way” might imagine.

The May Day exercises given by the Meeker grade school on Monday were fine and reflected a great credit upon the school. There were beautiful costumes of all varieties in profusion; there were blue birds, robins, bees, butterflies, fairies, boy scouts, Indians; there were drills, marches, singing, speaking and folk dancing. The program ending with the winding of the maypole. The exercises were given in the park and large crowd was there.

The leafing out of the trees made decided headway this week.

Mr. and Mrs. L.B. Walbridge left for Denver last Saturday where they will tarry for a couple of weeks. As a sideline, Boyd represented the Rio Blanco Democracy at the national delegate convention, held Monday.

50 years ago
63rd annual Baccalaureate service for 50 graduates of Meeker High School, Class of ‘70, will be held Sunday, May 24.

District Re-1 School Board members were informed Monday evening at their regular board meeting that Gus Halandras and Rodney Lopez would not be returning as teachers next year.

Mr. and Mrs. Mark Sheridan of Meeker announce the birth of their son Kelly George born Sunday, May 17 at 9:40 a.m. at Pioneers Hospital. At birth he weighed 4 pounds, 14 ounces.

It’s Poppy Time, USA. May 22 is Poppy Day and the members of the American Legion Auxiliary will again be seen in front of the various business buildings, offering the little red flower of memorial to the public.

The dream that babies once again may be born at Pioneers Hospital appears to be as distant and remote as ever. That was the conclusion Pioneers doctors David Steinman and John Ryndfleisz presented May 23 at the Pioneers Board of Trustees meeting.

A 20-year-old man employed by the Ripple Creek Lodge in rural Meeker was injured seriously in a May 20 propane explosion at the lodge. Dan Schwartz suffered second-degree burns when propane that filled an outbuilding ignited when he entered the structure.

Meeker Junior Girl Scouts troop 54 planted a tree at Paintbrush Park in memory of those who died in the Oklahoma disaster. The girls that participated in this special event were: Brandy Dade, Cassie Ellis, Chrissy Ellis, LeAnn Schmidt, Samantha Hackett, Kim Sells and their leader Peggy Schmidt.

The Outstanding Junior Girl and Boy at Rangely High School were honored with awards by the Rangely Masonic Lodge. At a school assembly, Jean Stahlecker, daughter of Mr. and Mrs. Walter Stahlecker, and Kelvin White, son of Mr. and Mrs. Claude White, were presented awards by Troy Pollard on behalf of the Masons.

Baccalaureate services for 41 graduating seniors at Rangely High School will be held in the high school auditorium Sunday.

Mayor Frances Green announced at the May 23 Town Council meeting that an audit shows Rangely to be in violation of the Fair Labors Standard Act.

The 12th Maybe Annual Almost Meeker to Rangely Canoe Race was canceled recently. According to Rangely Police Chief Jerry Reese, the event was canceled due to lack of interest and the dangerously high waters of the White River.

RHS Graduation Day: 42 students graduated May 26 in front of a crowd of proud family members and more cameras and camcorders than you could shake a stick at.
[/responsivevoice]

Listen to this post The Meeker Herald — 100 years ago

Listen to this post The Meeker Herald — 50 years ago • Donald Isham, 22, was back in jail after two days of freedom following his escape Thursday. • The Meeker TV Association gets reception […]

Listen to this post The Meeker Herald — 125 years ago n Arbor Day was observed in Meeker in a truly public, spirited way. Our citizens, both ladies and gentlemen, turned out in force. Ninety-two […]