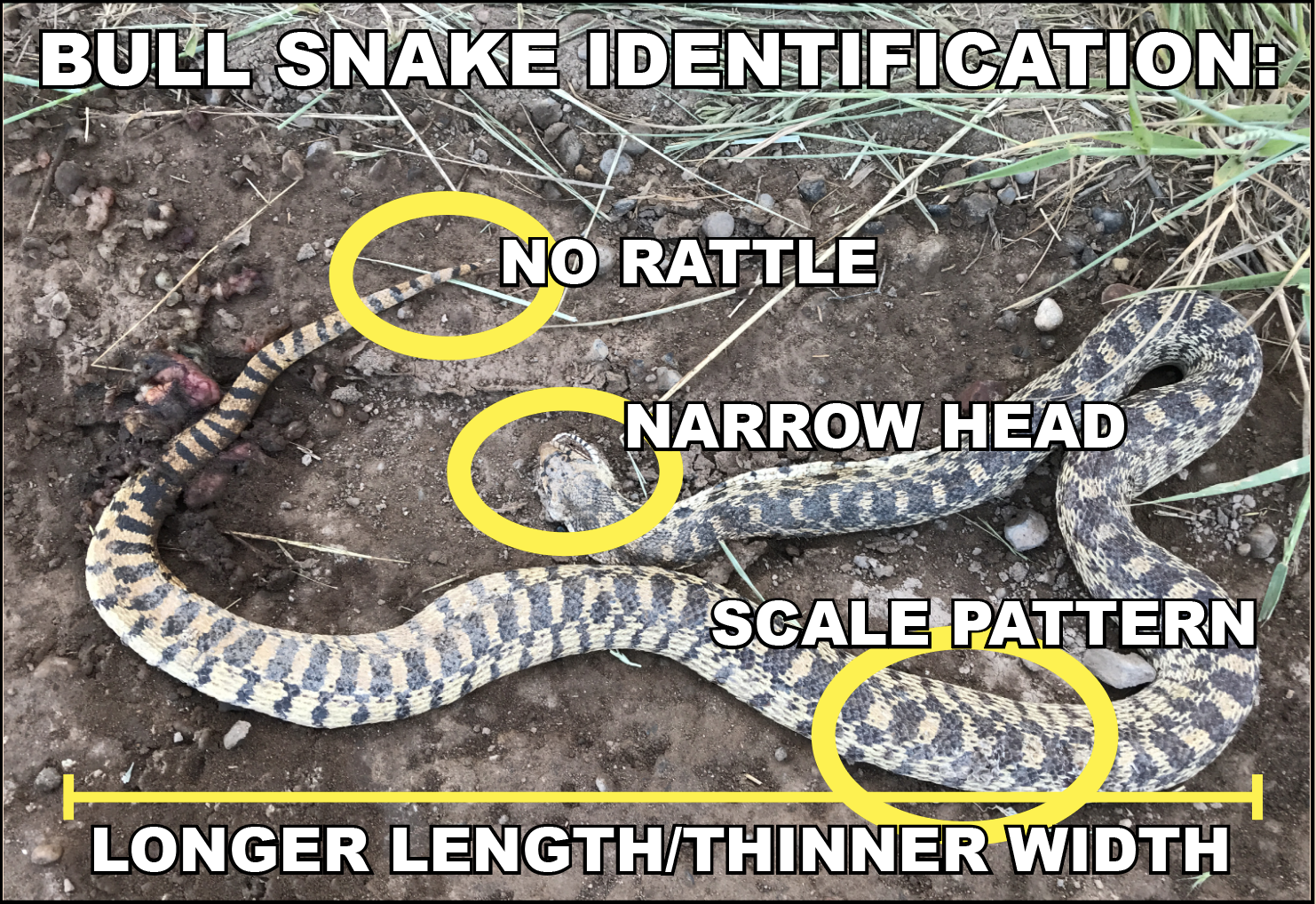 A case of mistaken identity likely led to this poor slithery fellow being smashed flat along Sulphur Creek Road last weekend. At first glance, bull snakes often appear to be dangerous rattlers, and they use this illusion to their advantage, flattening their heads into a triangular shape, curling into a defensive position, and imitating the hair-raising sound of a rattle by shaking their tail in leaves and grasses. Upon closer inspection, however, it’s relatively easy to tell the difference. We are not advocating getting up close and personal with a suspicious danger noodle, but it may be prudent to check for a few obvious differences before zooming over the top of an unsuspecting creature in the road, especially if it happens to be a beneficial one like the bull snake. Bull snakes have a different scale pattern than rattlers, are generally bigger and thinner than the midget rattler species common in our area, have narrow heads streamlined to their bodies, lack pits above the nostrils, and obviously, do not have a rattle. One way to tell is to watch the animal’s tail from a safe distance. When rattlers get, well, rattled, they raise their tails to make the warning signal louder and clearer. Bull snakes generally keep their tails on the ground. See https://sciencing.com/distinguish-bullsnake-rattlesnake-2202966.html for more.