MEEKER I It was a cold and windy Saturday in Meeker, but that didn’t keep more than 20 people off of the golf course to play in the first tournament of the season, a three-person, 27-hole scramble.

“The wind was blowing 8,000 miles an hour and you can quote me on that one,” Scott Bowman, whose team did not win, said.
Three teams played in the first flight and two of those teams recorded the same number of shots (92) after 27 holes of play. And since the wind was blowing at 8,000 m.p.h., a playoff was not played.
Bryce Ducey, Pat Walsh and Todd Gibson, all of Meeker, tied with Roger Walters, his daughter, Taylor and Rick Peterson, all of Rifle.
Four strokes separated the top two teams in the second flight, where Jill Massey, Kyle Hooks and Ted Relihan shot a 97 for first-place honors, giving locals Don McPherson, Irv Griffin and Greg Ackerman second.
Bowman’s sister, Becky, and Buddy Ridings will manage the clubhouse this season, while he prepares the course for play.
The next tournament at Meeker Golf Course, a two-man, 27-hole scramble, will be played May 15. Contact Becky at the clubhouse (878-5642) to sign up.

RBC I Both golf courses in Rio Blanco County will host tournaments Saturday and all junior golfers are invited to the Meeker Golf Course for the annual Junior Golf Tournament Monday, July 29.

MEEKER I The Meeker High School football team had two-a-days last week, then Saturday it hosted the 10th annual Cowboy Kickoff Classic golf tournament. This Saturday it will host Rye in Starbuck Stadium in the […]

Meeker Cowboys hold golf play but getting ready for football

MEEKER I The Meeker High School football team was the host of the annual Cowboy Kickoff Classic golf tournament, and the Cowboys will open the season Friday on the road in Ault against the Highland […] 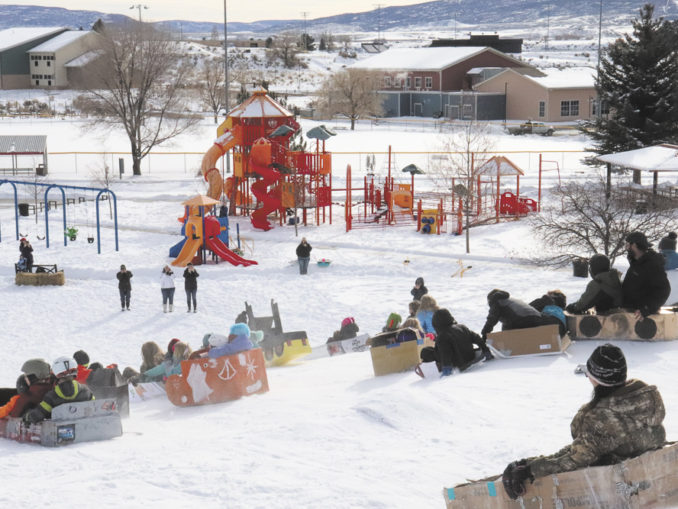