On the top of the podium, Tanner Goodwin of Meeker took first place in the 95 lb. bracket at the Soroco tournament. “Tanner is my gorilla of the week,” said head coach Todd Morris, “He had five pins and one win by decision.” Also placing were Adriana Price—third, Casey Brink—third, Kaden Franklin—second, Connor Blunt—first, Xavier LeBlanc—fourth, Brendan Clatterbaugh—first, Elijah LeBlanc—second, Dagon Dade—first, Hayden Shults—fourth, Noah Leblanc—fourth, and Tanner Musser—first. Blunt and Dade are undefeated
so far the season. Blunt has nine pins and one win by decision and Dade has wrestled lights out. 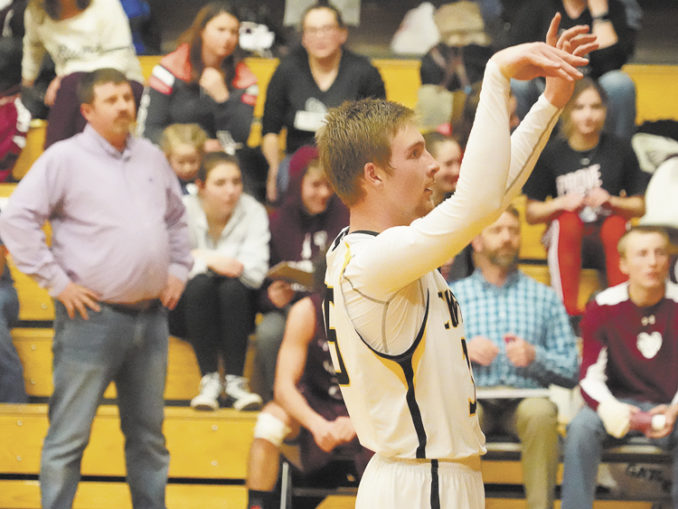