We are pleased to announce the engagement of Emily Hairston and Sean McGraw. 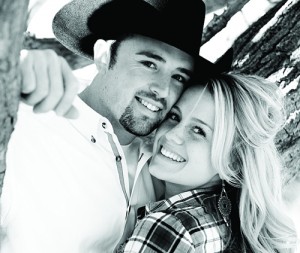 Emily is the daughter of Beth Hairston of Parker, Colo., and Randy Hairston of Grand Junction, Colo. Emily was graduated from Rangely High School in 2007. Emily works at the Red Granite Ranch in Livermore, Colo. Sean is the son of Patti and Dave McGraw of Harrisburg, Neb. Sean was graduated from Meeker High School in 2002 and is a 2007 graduate of Mesa State College. Sean is the owner of Maverick Fencing and an A.I. Technician for the Genex Corporation. The couple currently reside north of Fort Collins, Colo., and a July 8, 2011, wedding in Loveland, Colo., is planned.

Tax receipt numbers up in April

RBC — Overall, the three entities in Rio Blanco County — the towns of Meeker and Rangely, and the county itself — reported an increase in sales and use tax revenue of 55.8 percent for […]