MEEKER I “There are two lasting bequests we can give our children, one is roots, the other is wings.” this quote is true of many of the people who came to Meeker looking to build a family and a future. Ruth Pearce is one such person, she and her late husband Hal “Tom” Pearce gave their children pride in the cowboy way of life along with timeless wisdom and a family trademark sense of humor.
Ruth came to Meeker to teach school in 1948. Her father was a farmer in Yuma and her mother had passed away when Ruth was 5 from tuberculosis. She had taught in Monte Vista for a year before moving to Meeker, where she lived with Joe and Jennie Spence. 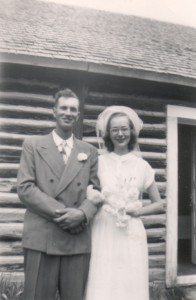 She recalled the first time she saw Tom standing in front of Meeker Drug. He was with “somebody,” but Ruth can’t remember who it was, she only had eyes for Tom. After meeting him, she was late getting back to the Spence residence and the doors were locked, forcing her to crawl through a window to get in. Tom and Ruth were married in 1950.
Tom was born and raised in Jensen, Utah, to Allen and Venice Pearce. He and his family moved to Meeker in 1943 to what is now Wakara Ranch up the White River. When the family was moving to town, Tom’s parents sent him, 15, and his brother Bob, 11, with the cattle so the parents could bring the younger kids, the family’s belongings, and the pigs and chickens. The boys and cows made it fine but the parents, pigs, and poultry were not so fortunate. They had a wreck. By the time they got everything straightened out and all the animals caught, they were extremely delayed getting to the ranch. Tom and Bob had crawled between two mattresses to stay warm and the owner’s wife, Mrs. Seamore, finally brought them something to eat. Tom was graduated from Rio Blanco High School in 1946 and ranched with his father. He and Ruth bought and moved to the current Pearce Ranch in 1961.
Through the years Tom and Ruth were very involved in the community and with their kids. Tom was on the Rural Electric Association board, the Colorado Ute Board, the Rio Blanco County Cattlemen’s Association, the golf board and was the Future Farmers of America Colorado vice president. Ruth served on the hospital board, the school board, the Rainbow board, was a very active 4-H leader and a member of the Cowbelles (now called Cattlewomen’s), was the Methodist Church’s treasurer for years, and was secretary/treasurer of the Colorado Rural Electric Association Women’s Task Force, as well as a member of the Mesa Club, which was a home demonstration club.
She was known for her outstanding cooking, gardening and canning abilities, being called the “Jelly Queen” at the county fair for her countless blue ribbon jellies and jams. Her husband Tom used to say he only liked two kinds of pies, hot and cold. When it was branding time, the women of the ranches got the opportunity to show off their specialties as they prepared meals for all the workers. Ruth was known for her homemade biscuits and delicious pies for dessert. Equally as famous as Ruth’s cooking were Tom’s poker games. Every Tuesday night men would gather around the boiler and play poker. The games would sometimes go late into the night and once a year they would play all night long. This was good fun and camaraderie for the ranchers, veterinarians and other men in the community.
The Pearces raised Hereford cattle for years and in 1987 were honored as commercial breeders of the year by the Colorado Hereford Association. They were one of the longest operating grazing permittees on the White River Forest, running cattle on East Miller for 58 years. They were involved in the early permits when there were grazing “pools” and “poolriders.” All the ranchers involved would turn their cattle out in a large area without fences andwhen the time came, they would gather first yearlings and push them to Rifle to put them on the truck. Later all the animals would be gathered and sorted accordingly. There was a “Stray Day Dance” held late in the fall when all the strays were gathered into a corral on Wilbur’s corner, where the Mesa road meets County Road 8. This was a celebration of the gather and a time to spend time with friends. 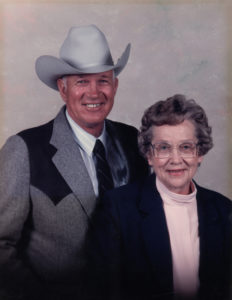 In 2006 Tom and Ruth were honored as parade marshals for the Fourth of July celebration, and served as presidents for the Old Timer’s the same year. Ruth has three children, Chris, Hal, and Denise; three grandsons, Tom, Jim, and Matt; and one great-granddaughter, Hallie Ruth Pearce. Ruth and her family have been extremely involved in the community, and served with a reliability that has come to be synonymous with their family name. They have handed down a proud history, sincere kindness and an amazing sense of humor, with impeccable timing for delivering jokes that is as well-known as the family’s contagious and recognizable laughter. Ruth’s influence in her kids is apparent, as they speak of her with the greatest respect, and people that know her have only positive things to say. Perhaps the greatest compliment is simple but true: “She is a good person.”

Listen to this post RBC | The Colorado Parks and Wildlife Commission held their September meeting in Steamboat Springs last week. Longtime Northwest Regional Manager Ron Velarde was honored for his 47 years with the […]

Listen to this post MEEKER | The bright blue door in the alley between Sixth and Seventh streets in Meeker is the entrance to a world of epicurean delights: The Little Cheese Shop and Blanco […]

Hope on the horizon for children in need of services

Listen to this post MEEKER I When Misael Rosas was born, his mother Susana knew something was wrong immediately. Her baby was diagnosed shortly after birth with Goldenhar syndrome. 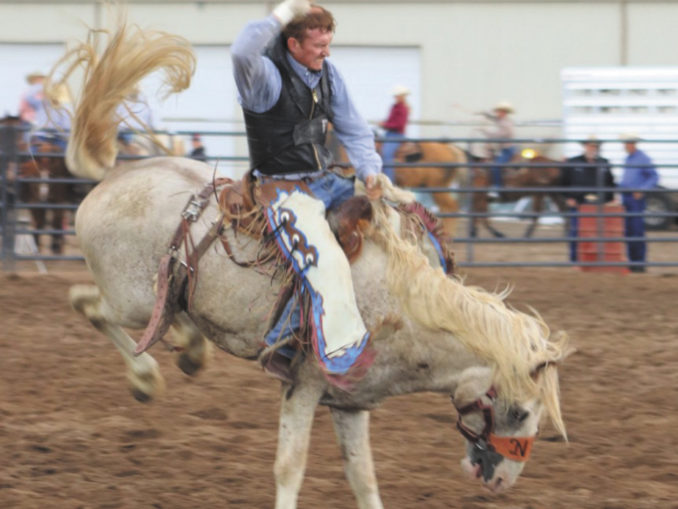