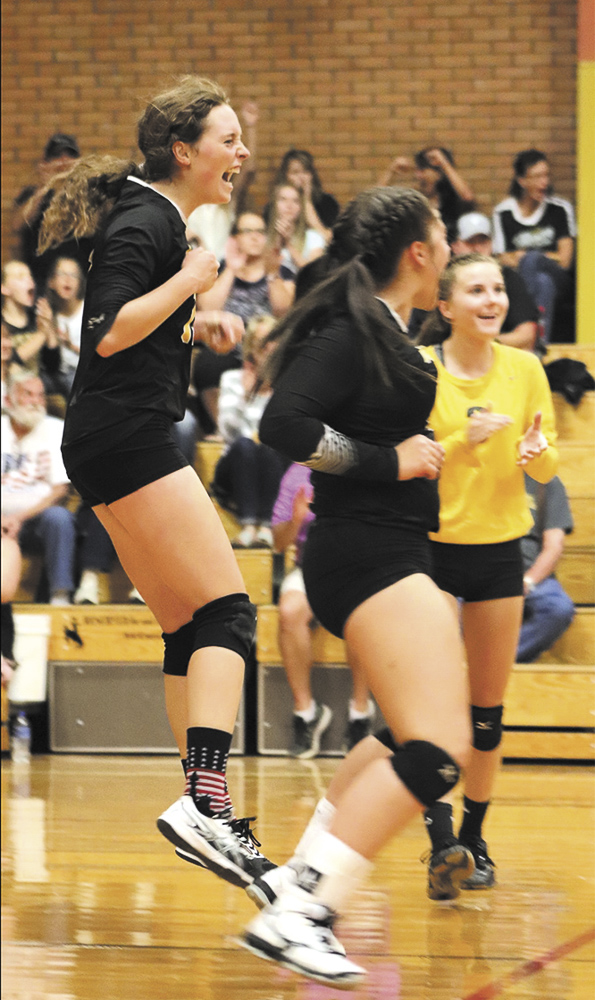 With seven games completed for the season, Cowboy volleyball is ranked number three in class 2A and has a 6-1 record. The only loss suffered to the number three ranked 3A team, Cedaredge. Last weekend in a series of three games, the Cowboys dominated North Park and Vail Christian at home, winning each in three sets. Wrapping up the weekend with another win at Vail Mountain, always a tough matchup, they brought home the victory after a 3-2 game.

Friday will be a test for the Cowboys against the number five ranked 2A team and a tough opponent from the east side of the state. The Limon Badgers will travel to Meeker bringing with them two tough hitters in Sydney Hines and Trista Marx; Kirsten Brown and Sarah Kracht will have their job cut out for them. Limon has suffered one loss to the 1A number three ranked Kit Carson. Games will begin at 4 p.m. at Meeker High School.