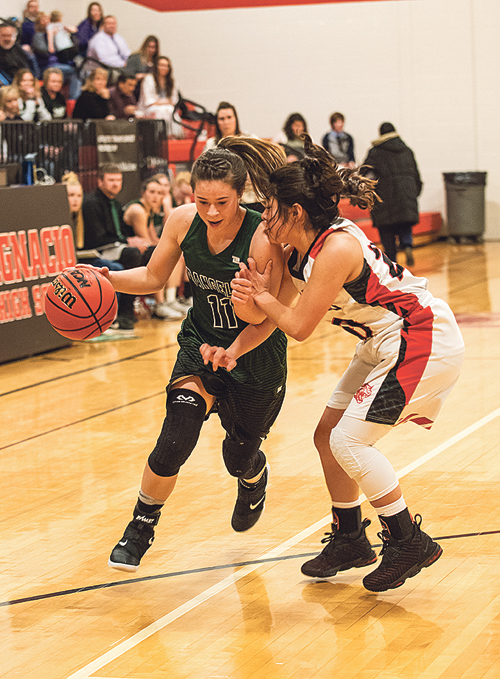 Last weekend the lady Panthers traveled to Ignacio for the regional playoff games and faced the No. 8 team from Ignacio. “The Panthers came out to a great start. At the end of the first quarter the score was tied 7-7, and going into half we were up 20-18,” said head coach Jimmie Mergelman. Unfortunately, a bad third quarter would be the Panthers’ downfall. “We struggled hitting shots and with pressure in the backcourt,” Mergelman said. The Panthers fell to the Bobcats 31-42. “The girls played hard and never gave up. Kacie Lapp had the game of the season,” Mergelman said. Lapp finished with eight points and 10 rebounds. Thacker finished with eight points, Wilkie and Miller with seven each and Scoggins with one. Above, Thacker has been named “Player of the Year” by MaxPreps.