With all due respect Mr. Hill, I believe my facts to be just that, facts. If the facts I presented are to be considered “propaganda,” then your facts are also considered “propaganda” as well. You and I are presenting two sides of this issue. My intent is to inform the American public as to how our tax dollars are being spent and the plight of the mustang. With our nation trillions of dollars in debt and people struggling to find work, conducting roundups at a cost of $7,000 per horse is not feasible. Especially in areas where it has been ruled that these horses are not of excess. I understand that ranchers stand to gain in terms of grazing rights, but please understand this is multi-use land for all kinds of wildlife, cattle, and recreationists. It is not just for cattle or wildhorses.
In 1979 it was reported that only five horses were in West Douglas. Now, it is reported that there are 146-150.That is not a 400 percent increase every four years as you stated. BLM exaggerates these counts in order to justify roundups.
In response to your comment about BLM mismanagement being tied to advocacy groups, BLM needed no help from anyone. They mismanaged all on their own!
The perception of other countries concerning the removal of wildhorses from public lands is exactly that — their opinions about our behavior as stewards of our great American resources, pride, and heritage. They do not have a “voice” as you implied. We need to remember that we are part of a huge, global society, tied together economically and socially.
Mr. Hill, I think it is OK to have different sides of an issue. I have more responses to your letter, but it would be too long. Besides, my facts were in the paper the week before yours. I stand by my facts as you stand by yours. There is tremendous amounts of information out there. CNN just did a four part series about America’s mustangs on America’s Morning. This can be found on the Web. Moreover, advocacy groups are not the only ones that have concerns with this issue. Senator Dan Burton, a Republican from Indiana addressed the House on Jan. 24 to blast BLM for wasting our tax dollars and harming our wild horses. His five minute speech can also be found on the Web.
Please Mr. Hill, do not accuse me of not having my facts straight. The Cloud Foundation does not dictate how I think. I am a big girl and I get my information from many sources and I form my own opinions. I will say that I admire the Cloud Foundation for all the work they have done to protect these wild mustangs. This is an issue that will not be resolved easily.
Patti Williams
Rangely

Listen to this post Ads for 06/11/15 ANNOUNCEMENTS ATV, Boat and Snowmobile Owners! You can now renew your Colorado OHV registrations on line at: www.parks.state.co.us The Rio Blanco Herald Times accepts all major credit cards. […]

Listen to this post A graveside service for Lloyd Hutchens will be at 10 a.m. Saturday, June 27 at Rangely Cemetery.

Listen to this post RANGELY I When the weather outside is frightful and there’s no fire that could be delightful, what do you do? 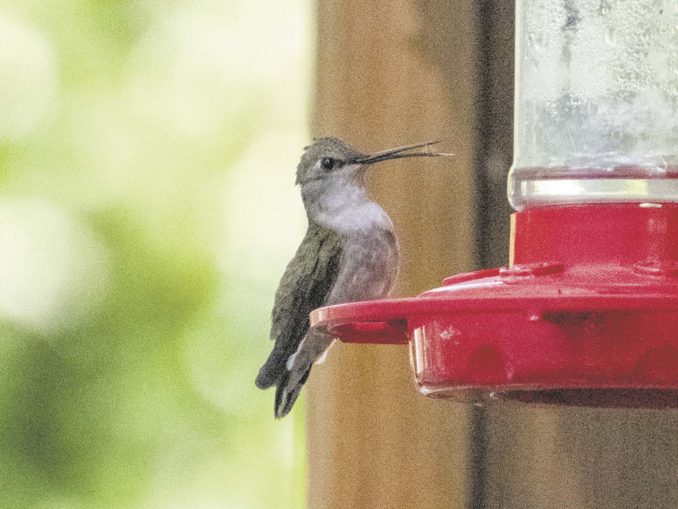