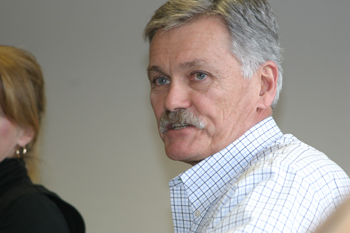 RBC I Given the state’s budget woes, the trickle-down effect means local governing bodies won’t be spared taking financial hits.
“It’s just pain across the board,” said Sen. Al White, R-Hayden, who represents Rio Blanco County.
White spoke last week at a meeting of the Northwest Colorado Municipal League in Craig. What he had to say wasn’t pretty.
“The outlook for the remainder of 2010-11, it’s fairly bleak. We’re out of balance about $200 million,” White said. “2011-12 is worse. We’re $1 billion out of balance that we need to cut or fill holes. Several hundred million dollars benefiting Medicaid, higher ed and K-12 are, basically, going away.”
As one of the six members of the Joint Budget Committee, White will be in the thick of the budget battles. The committee is made up of three senators and three representatives. White knows this coming legislative session will be difficult.
“I tell you, it makes me weary, honestly,” he said of the anticipated budget challenges. “The last three budget years have been difficult, and I’m anticipating this one will be. We know we have at least this mountain to climb before things get better. I don’t know that they can get any worse.”
This will be White’s fifth year on the budget committee.
“This will be the worst budget I’ve seen, and the worst, honestly, anybody has seen in recent memory,” he said.
Local governments, like the Meeker Town Board, are braced for what’s coming down the pike.
“They (the Joint Budget Committee members) are making every effort to respect where all the money goes and the jobs it funds, but they are just over a billion dollars short in balancing the budget and they have to make that up somewhere, so no doubt there are going to be some cuts,” said Meeker Mayor Mandi Etheridge. “For the town of Meeker, we are looking at a conservative 2011 budget right now. Personnel-wise we are still at a pay freeze, but we are not cutting any jobs.”
Local governments have been advised not to count on money from federal mineral lease distributions, because those grant dollars may not be available.
“(The state) is allocating those dollars for the general fund, rather than for the purposes they were intended, which was basically grant money,” White said. “The governor advised everybody not to count on grants for the 2010-11 cycle. … I don’t think anybody was caught by surprise.”
Meeker Mayor Etheridge said, “As for the state budget affecting the town, the main effect is the distribution of severance tax and federal mineral lease dollars from the state. But we budgeted for not having those monies last year and we may do that again this year.”
“There’s a concern that we, the state, not dip into the federal distribution. Up to this point, we haven’t done that,” White said. “Those direct distribution dollars, cities and counties in northwest Colorado have been budgeting for them (in the past). But nobody (local governments) should be budgeting based on receiving a grant.
“It’s just difficult finding dollars anywhere,” White said. “We’re just running out of options. We don’t have any good choices.”
The best hope is the economy will begin to improve.
“Until jobs rebound we won’t see a revenue increase,” White said. “Sixty-three percent of general fund revenue comes from the individual income taxes that all employed people pay as a portion to the state. Until we replace the hundreds of thousands of jobs and people go back to work again, we won’t see our revenue increase appreciably.”
When that happens, though, is anybody’s guess.
“It’s just going to take time,” White said. “That’s what the economists seem to think. Hopefully in the next six to nine months we’ll see jobs start picking up. But until that mindset changes and employers start hiring again and people start spending money again, we won’t see an uptick. It’s kind of a chicken and egg thing. But sooner than later, people are going to be tired of the situation we’re in and they’re going to buy that new refrigerator or buy that new car and, gradually, they will ease back into consumerism, which will benefit the country … and Colorado.”

Listen to this post RANGELY I When the week began, a split of its games wasn’t what the Lady Panthers had in mind. But that’s how the week went.

Rangely volleyball team is among league favorites in Western Slope

Listen to this post RANGELY I Coach Jimmie Mergleman has no problem with other people expecting a lot out of her team. She does, too. 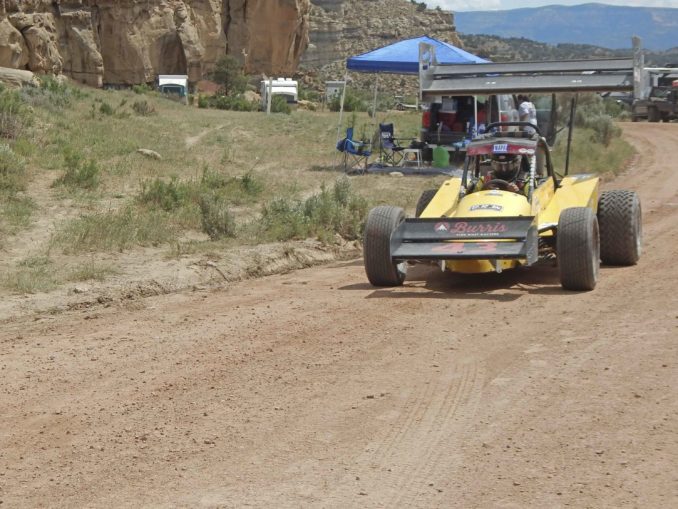